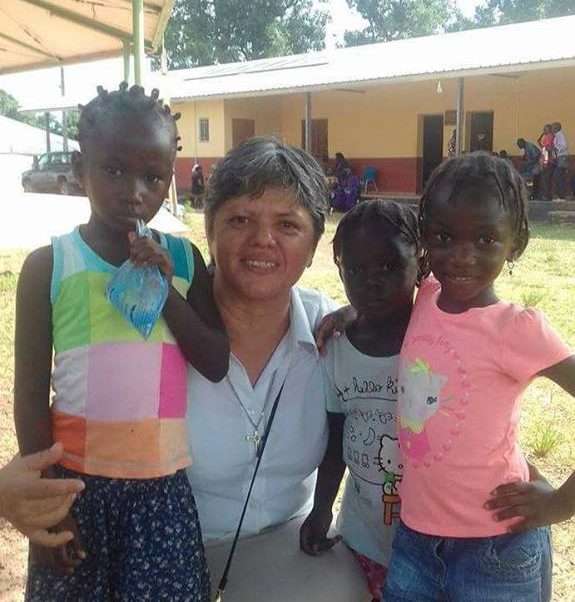 I am a Brazilian, of the Guarani ethnic group, born in Jardim, capital of Mato Grosso of South Brazil. Through my choice of missionary consecration, I am indebted to my family, especially to my mother, to the school and to the parish. My mother did not allow anyone to go to bed at night without having prayed the rosary and listened to one of the stories of the Bible.

The school opened my heart and my mind. When I was nine years old learning the history of the trafficking of slaves in Brazil I wanted to do something for them immediately even though I did not know how. It is here that I met the Missionary Sisters of the Immaculate. A group of novices accompanied by Sr. Luciana Senes, had come to our parish to animate the rural communities during their apostolic experience. In the parish that was guided by PIME Fathers, I was in charge of the parish magazine, in particular, the page dedicated to young people. The title of the magazine was “Missionaries yesterday, today and tomorrow!”. We wrote experiences on how to be missionaries in the community, then committing ourselves to sell the magazine in the houses. The parish was my second home, it was my way of being a missionary. I can say that I have always postponed an answer to God’s call, also because it seemed to me that my presence in the family was indispensable since my mother was often fell sick. At the age of thirty, however, my mother told me that the vocation was neither mine nor hers: it was God’s! These words gave me the courage to renounce everything and to leave.

It was not easy neither for me nor for the Sisters who welcomed me in Sao Paulo because of my age, they often tried me to see my real motivation… But in the end, I was admitted to the profession and I worked in the communities as I dreamt. After completing my studies in pedagogy, in 2011, I left for Guinea Bissau! The climate of that land was the heat and humidity, which was very difficult for me to adjust. However, I was happy, because Guinea was my mission where I got the opportunity to do something for the Africans. I learned to taste the food and dances, the tears and the joy of these people.

Even the language was very hard for me. I hesitated to speak in public. One day, however, a sister purposely left me alone to talk to the young people. That day my language dissolved. I was sent to the community of Bissorà, a small, poor town without any community structure. The work of our sisters surprised me. The formation of women, the activity in schools, the care for orphans between animists and Muslims. I cannot forget a young boy of 18 years old who was forced by his father to follow the animist rituals, often based on fear. He followed with interest in our catechesis. One day he asked me a rosary and he wanted to challenge his father with the strength of Our Lady. The appeal of the 4th commandment was strong within him with an invitation to honor him, but he managed nevertheless to tell him that he was following a way of freedom that to place God above all things. The group of catechists had joined in prayer for him many times. Today the boy actively participates in the community and he is for me the beginning of venture for the mission of Bissorà.