Telling live is part of our mission 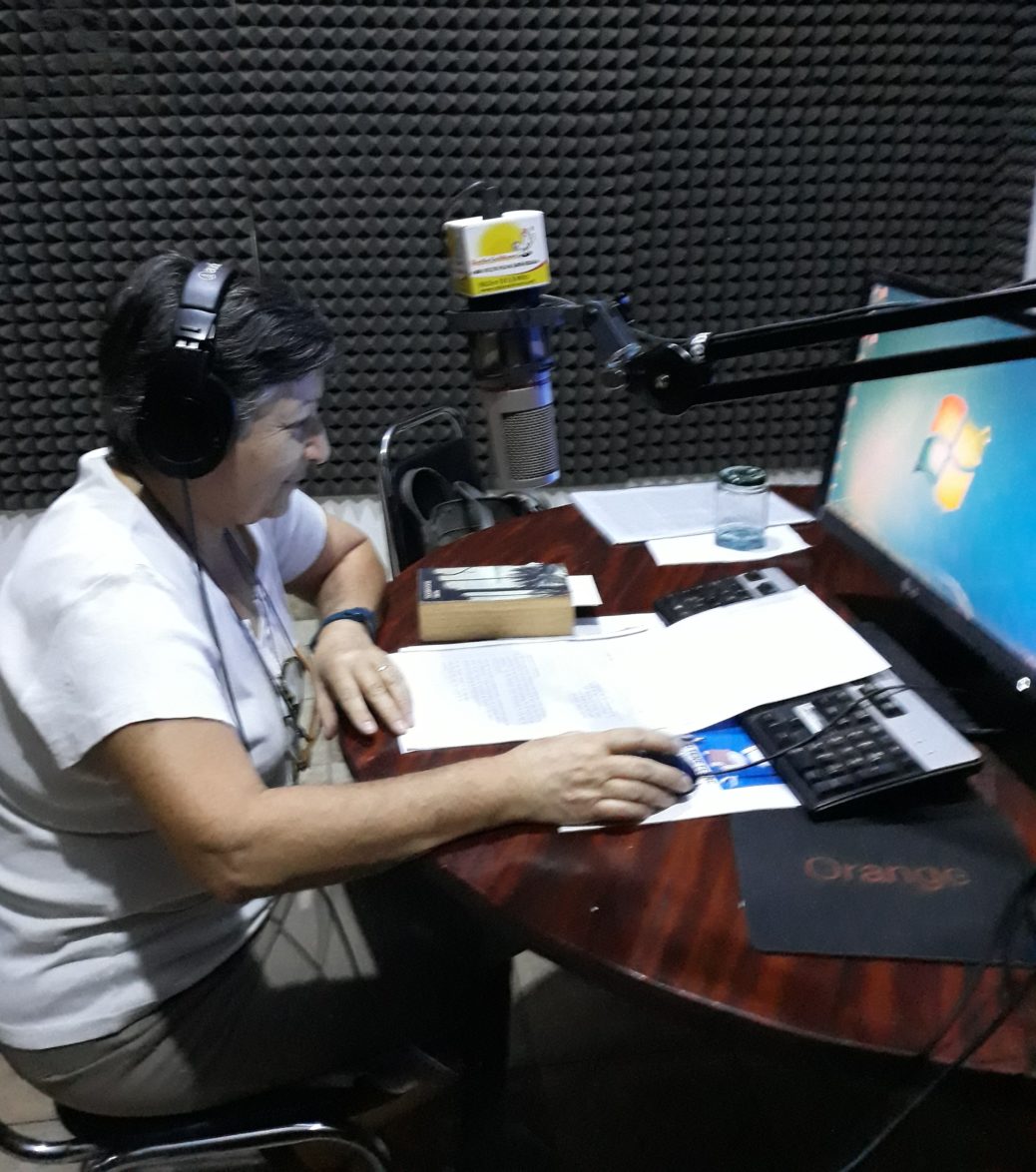 “Amid the cacophony of voices and messages that surround us, we need a human story that can speak of ourselves and of the beauty all around us. A narrative that can regard our world and its happenings with a tender gaze. A narrative that can tell us that we are part of a living and interconnected tapestry. A narrative that can reveal the interweaving of the threads which connect us to one another”. (From message of his holiness pope Francis for the 54th world communications day).

A journalist from the Osservatore Romano interviewed from live coverage Sr. Alessandra Bonfanti from Guinea Bissau. On the occasion of the World Communication Day, we publish part of the article, remembering that narrating about one’s own life is a part of our mission.

As elsewhere here in Africa, the radio becomes an important means to get the communication in life where television and computers are luxury goods that many cannot afford especially the poor people. Moreover, when we talk about radio in Guinea-Bissau we talk about Radio Sol Mansi. It is the main private radio station in the country and contrasts with the national public one for the sympathies of the listeners.

“Alessandra Bonfanti a missionary Sisters of the Immaculate PIME, vice directors of radio explains today that we are a national reality. Our frequencies are accessible throughout the country thanks to three repeaters (one in the east, one in the south and one in the north) and our three locations (Bissau the capital, Mansôa and Bafatá). If we think about how the adventure has earned success with our hard work. It seems incredible”. Radio Sol Mansi was born in one of the most delicate moments in the history of Guinea-Bissau. It is in 2001 and the country was emerging from a bloody civil war. Two years of hell which has plunged one of the poorest and most backward nations in the world into the abysses of violence and despair. Father Davide Sciocco, a PIME missionary thus began to question the role of the media in Mansôa.

Father Davide sets up a small radio station of his own in Mansôa between a thousand efforts and difficulties. It transmits only a few hours a day. Its programs challenges on the information and, above all the formation. In addition, it broadcasts lots of music and some entertainment programs but at that time, the frequencies were not much. Sister Alessandra recalls when the signal reached the mission territory or somewhat the people immediately became passionate. Everyone listened to it and appreciated its positive energy, the message in favour of peace, coexistence, dialogue. Since the early years, father Davide and his collaborators have tried to build bridges, also with other religious communities. And they immediately gained the favour of the Muslims, but also of the Evangelical Churches”. Radio Sol Mansi, slowly grows among the thousand efforts. Moreover, a small missionary reality gradually takes structure. The signal gets stronger and stronger. It reached all the provinces of the country. Relationships are also established with local radio stations, which relaunch the most popular programs.

Now the Vice-diretor emphasizes that she is an inter-diocesan broadcaster.  The property belongs to the dioceses of Bissau and Bafatá. The director is Casimiro Jorge Cajucam a lay person. There are now thirty personnel. We can also count on a network of about forty correspondent volunteers who provide us with constantly updated news. People consider us a very authoritative source. Moreover, we hear saying that “if Radio Sol Mansi broadcasts the information is true”. It is a source of joy but at the same time, it is a great pride for us.

Bonfanti observes that in this time of coronavirus, we are doing a great job to sensitize people on hygiene issues, rules to avoid the infection and to respect the distance. We frequently broadcast sports and information programs. We also formulated a sort of theatrical performance on covid-19 to reach the most humble and least educated people. Regarding the formation, we work a lot on the issue of migration. Regarding this issue, we explain to the young ones the risks they face in the long and dangerous journey to Europe.

However, Radio Sol Mansi, does not renounce the line of dialogue that has always characterized it. It broadcasts still today interreligious programs and gives space to sections dedicated to the reformed Churches and the Muslim world. “It is a strong theme that of dialogue concludes the religious. The broadcaster was born to encourage the meeting and we are happy that over the past time the excellent relationships with other faiths continue. Among the radios that relaunch our programs there is a narrative broadcaster of Mansôa. A program conducted by Fr. Sciocco called “Ten minutes with God” and the Muslims appreciate. His reflections start from common stories and always offers a moral that is shared by all. The radio thus becomes an instrument of human growth for the people of Guinea-Bissau”. An instrument from which the people do not remain without listening even when they go to work in the fields.