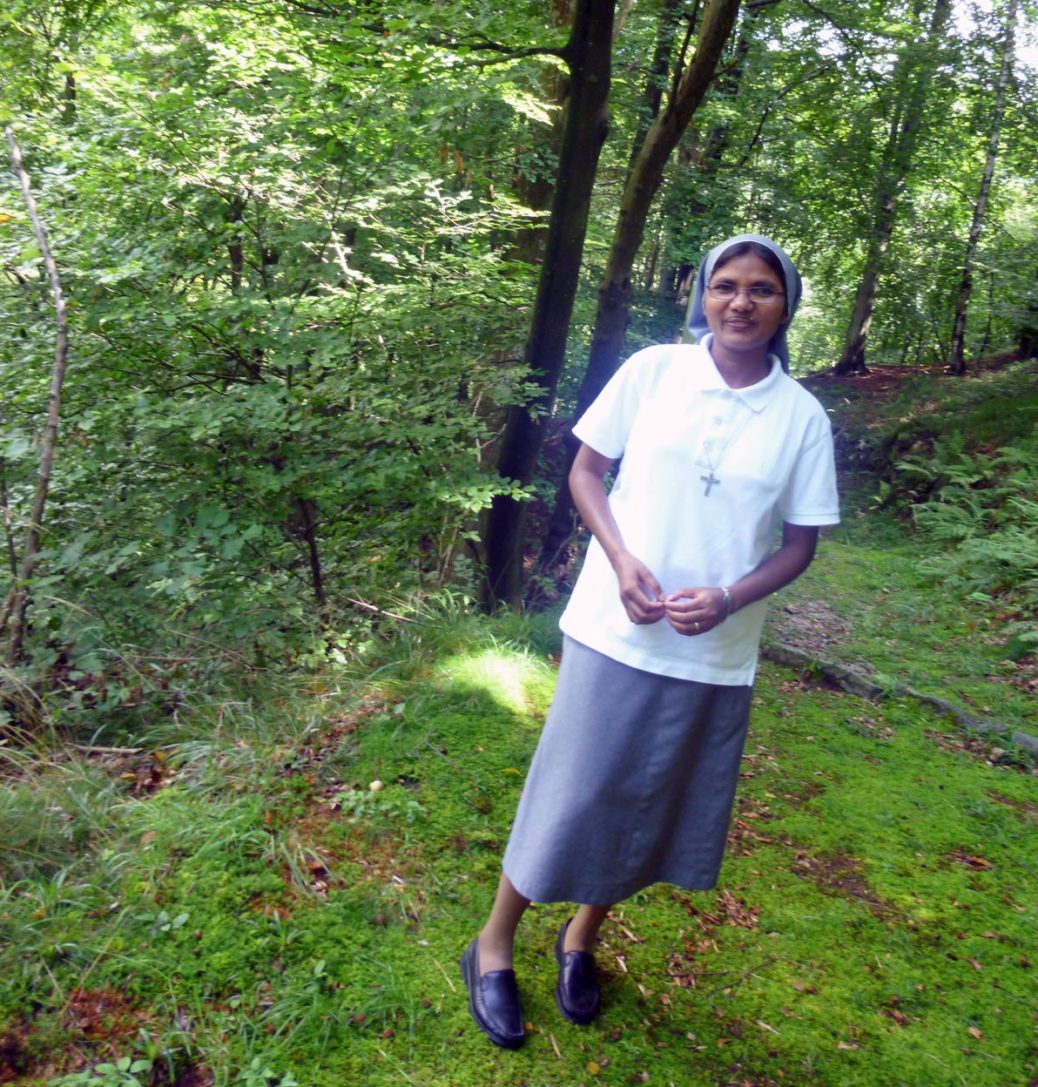 In Italy to announce Jesus

I am Sr. Parboti and I come from Bangladesh, a country consists of more than 90% of Muslim religion, but I grew up in a Christian family, consists of mother, father and five brothers beside me. As a child, my father taught us prayers, and then we prayed together.

Ever since I was a child, I wanted to become a missionary nun. In my parish, there were many PIME missionaries and later I also met the Missionary Sisters of the Immaculate. The missionaries I met were very generous, dedicated to people and persons of prayer, with great faith in God. Their example fascinated me and helped me to understand that I too wanted to be like them: a missionary to go around the world to bring the Gospel of Jesus! When I was in high school I realized that the Lord was calling me to consecrate myself to him and, following this intuition, in 1996 I decided to join the Missionary Sisters of the Immaculate.

When I said my decision to enter a convent, my mother opposed and did not understand, but then little by little, she could feel my joy in following this way and accepted the choice. In the same way my father too despite his initial disapproval, allowed me to go to the convent.

At the beginning of my missionary journey, the greatest difficulty was the death of my mother when I was still in the novitiate. My younger brother was eight years old and I am the eldest sister. At that moment of pain, I thought maybe it was better for me to go home to be with my father and my brothers. My father, however, who is a person of great faith, encouraged me to wait and reflect on God’s will. He told me that: “The Lord will make you understand what He wants from you and will give you the strength to do His will. If instead, you are not happy, it will be He who will again make you understand how to remain in His will”. These words helped me a lot and I understood that the Lord wanted me to continue on the path of the mission, so in 2003 I made my first religious profession and in 2013 I received the destination for Italy.

During these years in Italy, I lived in the community of Monza, where I studied the Italian language and culture with great joy. I worked in many parish and apostolic activities to announce Jesus in the language of the people whom I encounter. Now instead, I find myself in Pioltello (MI), engaged in a new project of the MSI community, where being a small presence that reveals Jesus among non-Christians, living in an apartment inside a huge building … A life in which the Lord gives me more and more opportunity to sow and to be a seed to bear fruit!