Voices from the days of Nepi

The General Administrations of the Italian Missionary Institutes
Nepi, August 5-12, 2018 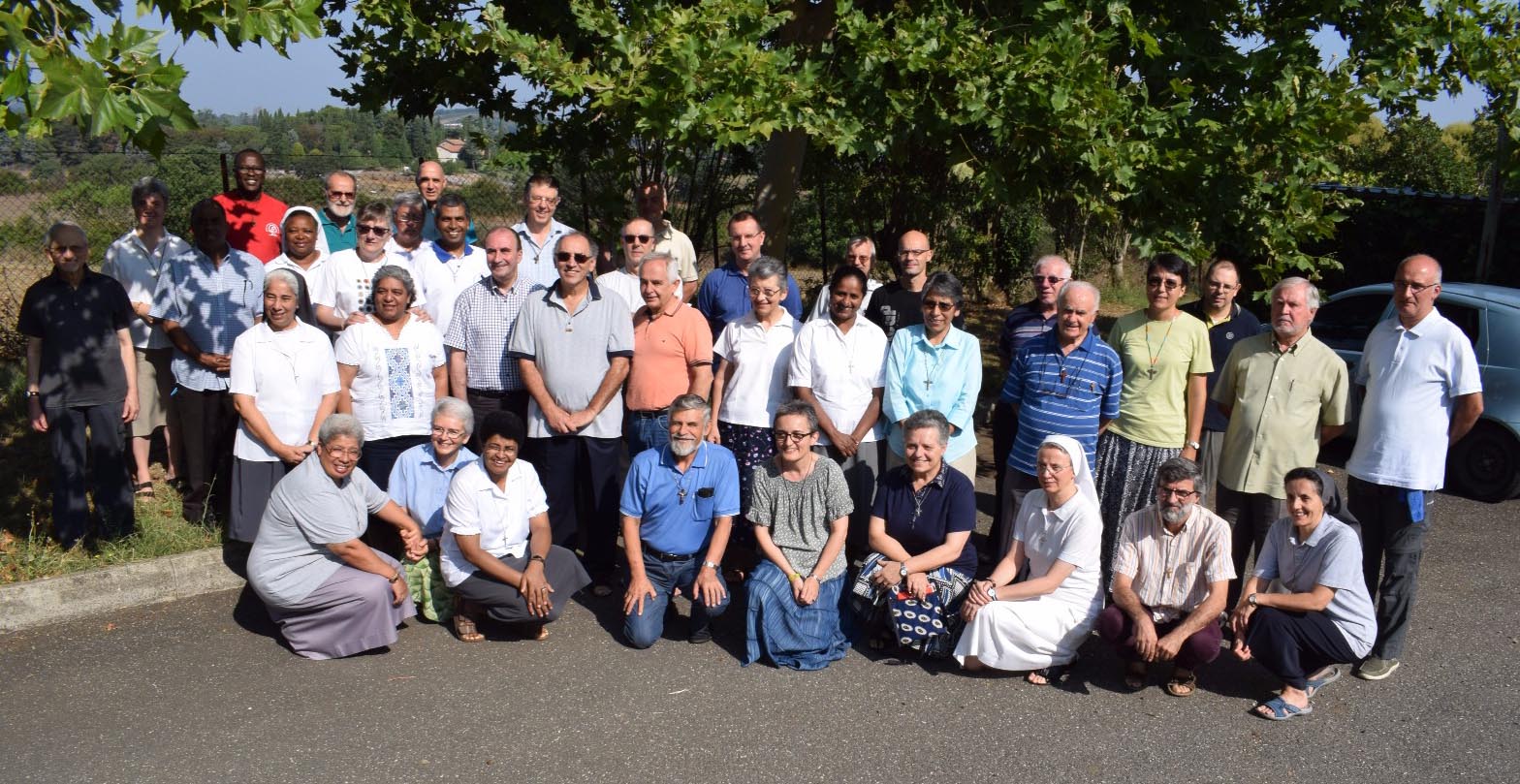 As members of the General Administrations of the eight male and female exclusively missionary Institutes founded in Italy – Consolata, PIME, Xaverians, Comboni – we met on August 5-12 at the house of the Consolata Sisters in Nepi, to pray and reflect together on the mission ad gentes. Forty-three missionaries attended. We reserved the first five days for a retreat moderated by Xaverian Sister Teresina Caffi, while the remaining two days, August 11-12, were given to formation and a discussion on “Mission ad gentes – our identity as missionaries,” with the help of a reflection by Fr. Félicien Ntambwe, CICM, a Scheut Missionary from Congo-Kinshasa.

During the retreat, meditating on passages from the first 16 chapters of the Acts of the Apostles, we immersed ourselves in the first steps of the mission that Jesus had given to his apostles: “You will be my witnesses” (AA 1:8) to understand the enduring values and recognize the dynamism the Holy Spirit implanted in the Church from the very beginning.

“The Spirit of truth will guide you to the whole truth,” (John 16:13) had been the promise of Jesus. The Acts describe how the apostles and evangelizers progressively understood the salvation brought by Jesus. It is a gratuitous gift that the Spirit is “eager” to offer to all, destroying a series of barriers, degrees, priorities that an old mentality had left within the proclaimers. “God gave them the same gift he gave us,” (AA11:17) repeats incessantly the author of the Acts, and he adds, “we believe that we will be saved through the grace of the Lord Jesus, just as they will,” (AA 15:11) to mean that the gratuity of the gift given to the world reveals to the old followers of the LAW that it is by pure grace that they, themselves, were saved. In the Acts, Luke repeatedly gives us a model of how to open ourselves to the New Spirit: it entails the firm choice to live, in the city, in the “upper room” of prayer (see AA 1:13), to be passionately attentive to history and to direct and sincere exchanges within the communities of believers, in order to read the signs. How do we stack up to the urgent demands of the Spirit arising in current history?

The remaining two days were given to ongoing formation. It was an unplanned initiative, a time of study and sharing on the mission ad gentes.

The occasion was given by Pope Francis’ convocation of a special Missionary October for 2019 “in order to better revive the awareness of the mission ad gentes and to resume with enthusiasm the missionary transformation of life and of pastoral activity.” (Letter of the Holy Father, October 22, 2017)

In the morning of August 11, the eight Institutes shared experiences and reflections on what should “qualify the service ad gentes: fields of activity, conversion, formation.”

In the choice of fields of activity the most commonly mentioned were situations of first evangelization, the choice of groups historically “far away” from the Gospel or where the Christian community is still in its infancy, contexts of grave conflict and social injustice. Consecration for life is essential, together with an ever more intense connection to the One who calls to mission, and the charismatic connection to one’s Institute.

Substance and method go hand in hand. We shared the desire to promote entities with less structure, with nimble and fraternal communities, living in a humble style, with poor means, but rich in human relations. Being sensitive to the community and working in ministerial cooperation are elements that are more and more given space and attention.

Another element of particular importance is the process of inter-culturality both within the individual Institutes and in relation to other cultures. The challenge of the encounter with a people, its history and culture, requires extended time to learn and delve in depth, and this clashes at times with the temporary condition of our missionary assignments.

The missionary needs an adequate formation and a particularly solid spirituality, being outside of the known context of faith. To take on more fully our charism ad gentes demands: a personal encounter with Christ; the feeling of having been saved by him and, therefore, thanksgiving; compassion for the world and total selflessness, the “disowning” of one’s own life, which belongs to Christ.

He then pointed out some of the questions arising by current thinking, and by theological reflection on the concept of mission and of being a missionary ad gentes.

Fr. Félicien then moved on to describe the characteristics of today’s world: Globalization,

migration, post-modernity and ecology. Even the current crisis of faith questions mission. Global mission is not only ad gentes, but also inter gentes. We are called to move to borders that are not only geographic but human, to move from “planting” the Church to “being” Church.

He also shared the experience of his Congregation with interculturality as a process involving suffering, its financial management, uniting general solidarity and local self-sufficiency, and finally the ad extra understood as a total availability to global mission. Especially at the onset, it shapes up as a going beyond frontiers.

On August 12, through group work and assembly debate, we tried to come up with concrete proposals for a more intense and lasting cooperation among the Institutes. The wish was expressed that cooperation take place locally in the countries where various Institutes are present.

An important part of the discussion centered on how we can be a common and strong “voice” when it is useful to speak out, which channel and methods to use to make it effective.

We have also reflected on how to offer a qualified promotion in view of October 2019.

The superior generals agreed to meet on October 12 to elaborate conclusions on the proposals that emerged from the days of formation.

This, dear brothers and sisters, is the essence of our exchanges and above all the indication of our spirit of fraternity and cooperation we are called to help grow among our missionary families in order to be better able to answer to the needs of today’s proclamation ad gentes.