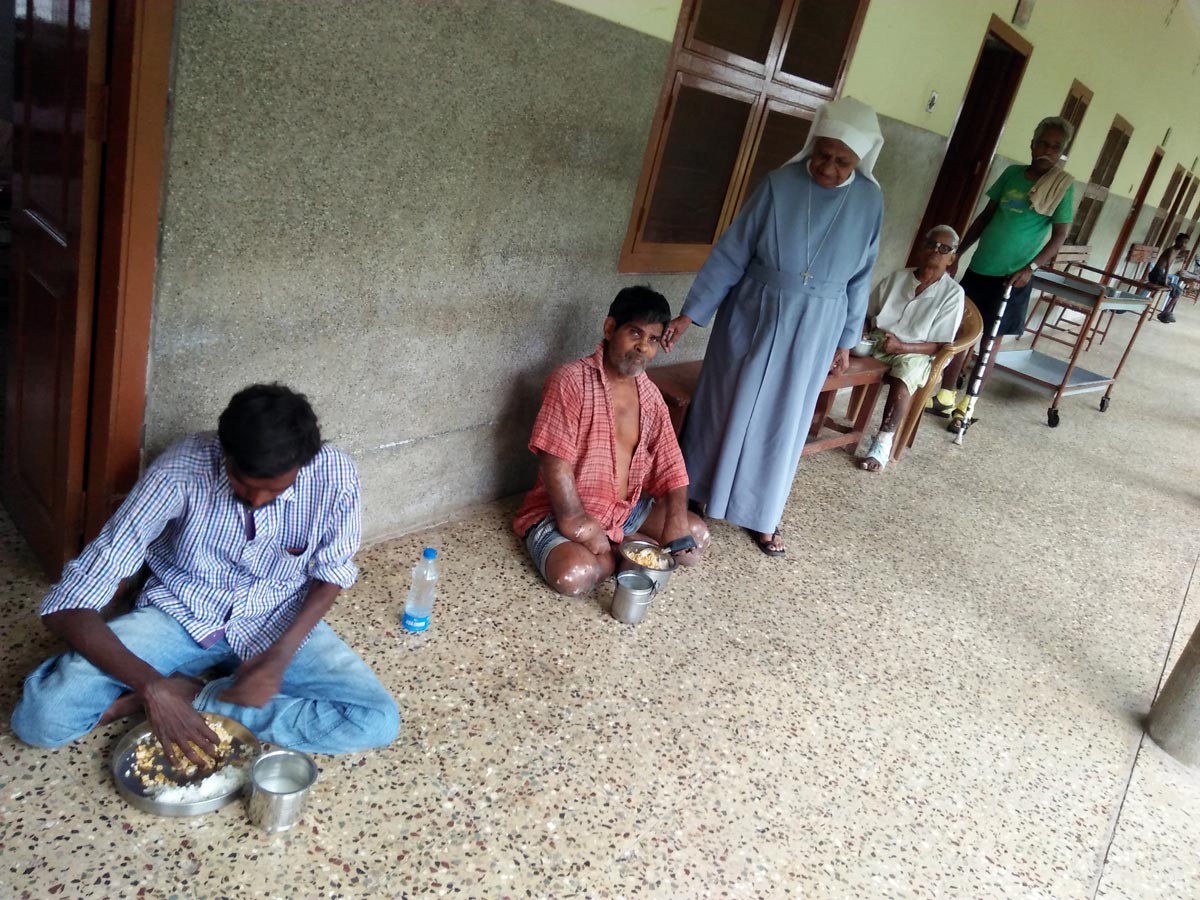 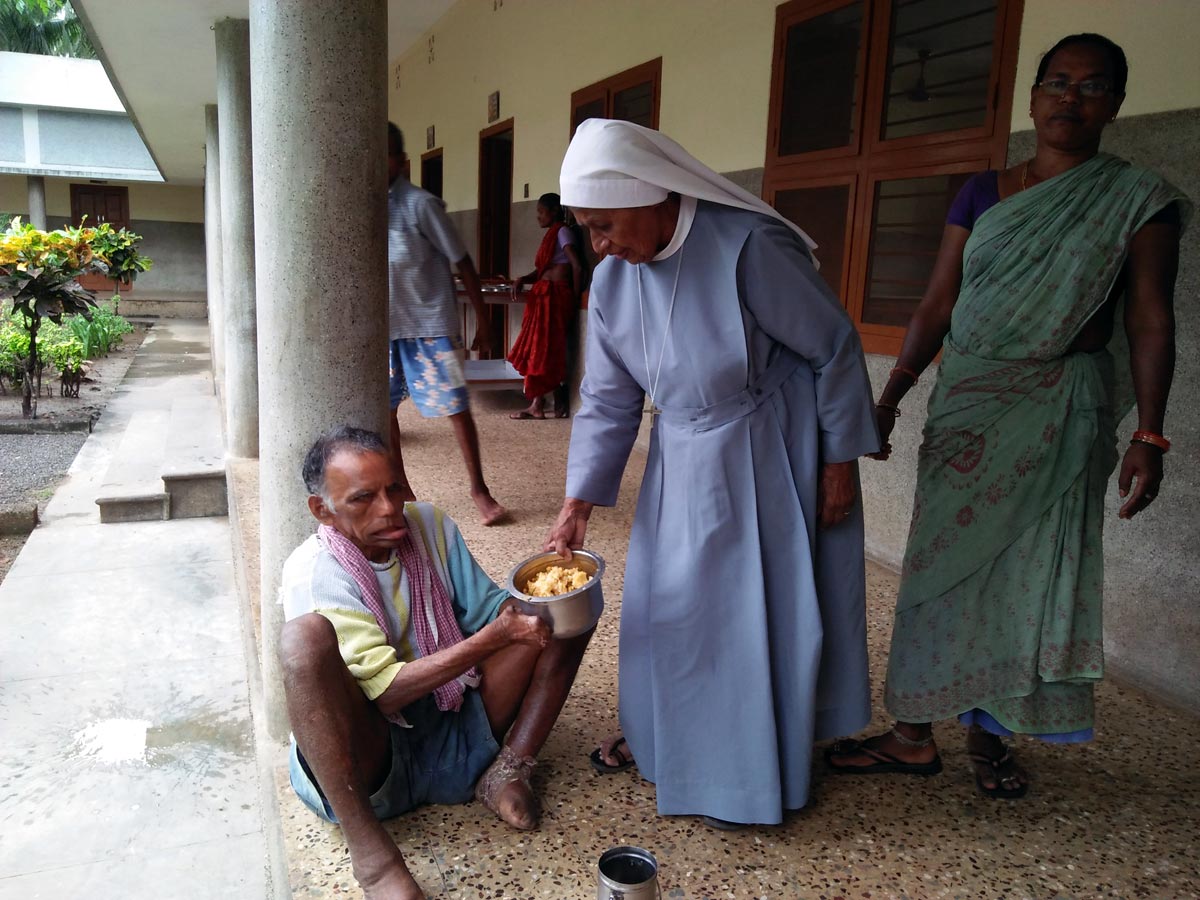 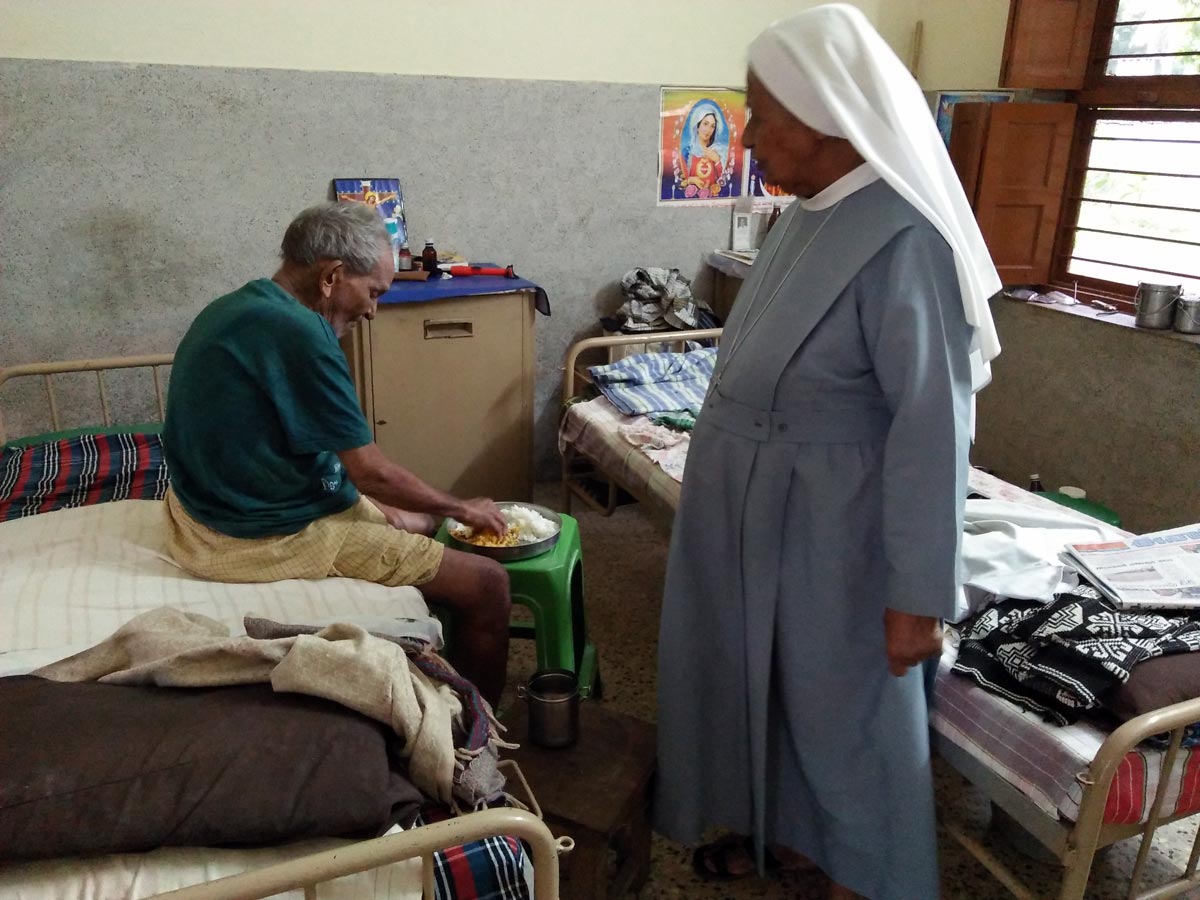 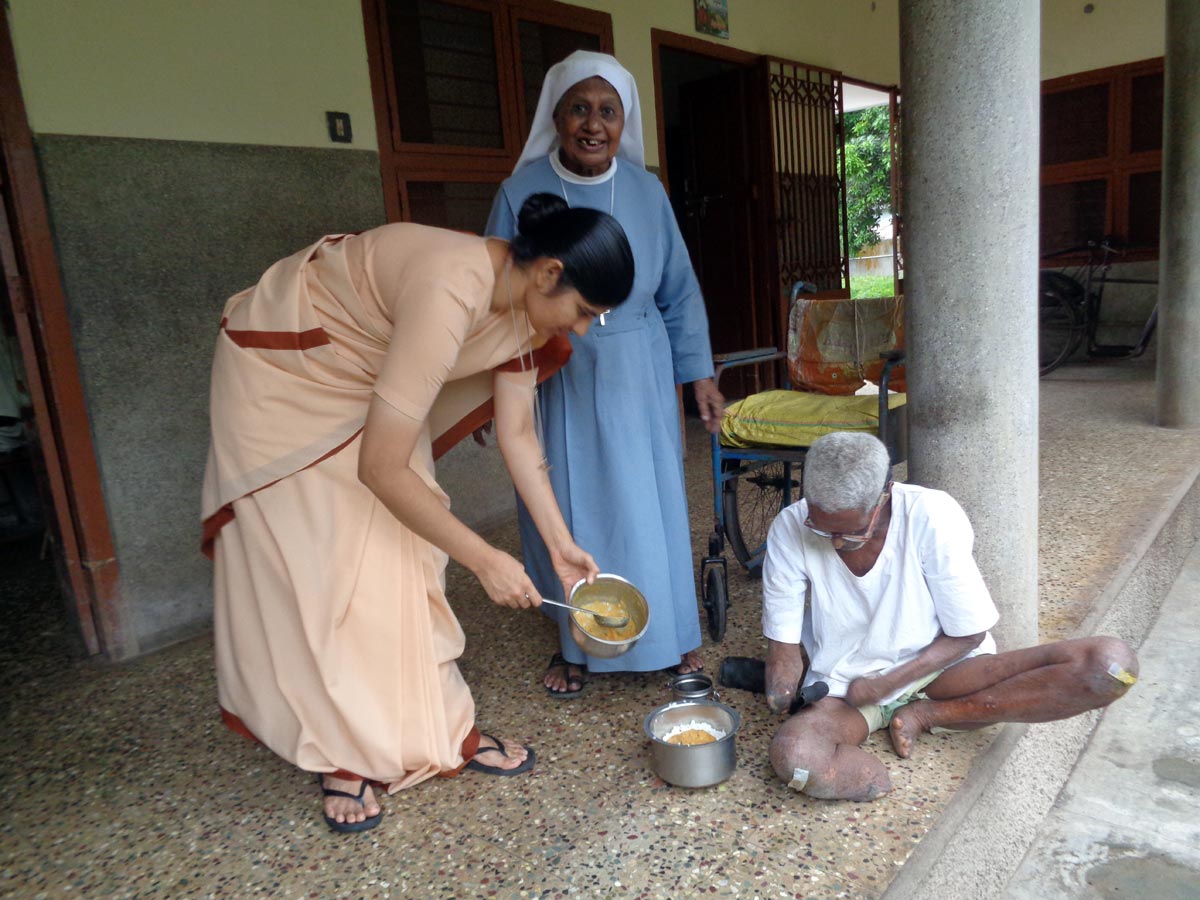 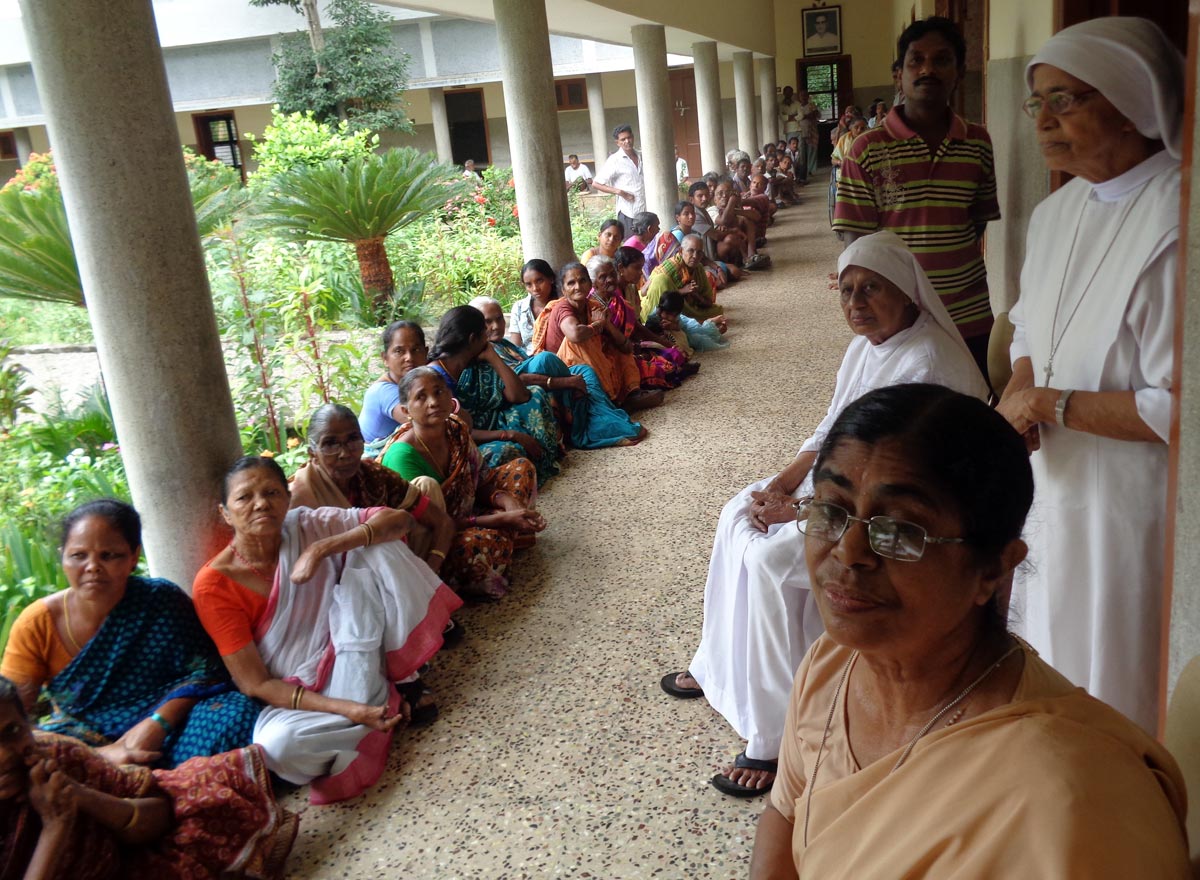 In 1962 when our dear  Mother  Clara Bellotti put the foundation for the Leprosy centre at Vegavaram the Congregation of the Missionary Sisters of the Immaculate entered one of the most difficult but meritorious avenues of evangelization. In those days the region of West and East Godavari was infested by lepers wandering on the roads seeking alms at every nook and corner. The  Lord used the missionaries to bring about a great healing  package  through the DLC and then St. Mary’s Leprosy Centre, Fr. Frascogna Memorial Leprosy Rehabilitation centre, Manna Home, St. Mary’s School and various other hostels  and other connected services to  benefit the lepers, HIV AID, tuberculosis patients’  and the other  marginalized.

In the meantime, the Lord prepared a certain young girl studying in IX class in Trivandrum to opt for the leprosy service. She was Sr. Daniela Kuzhiadyil who was asked by her teacher in 1949 what she would like to be in the future. She reflected and thought:  I can be a teacher, a doctor or a nurse but there are many who would like to take up such a profession. As she was pondering on as if by a miracle an image of the leper flashed on the screen of her mind. She had never seen a leper until then but by reading the Gospels she knew that a leper is the one who has ulcers on his body and has mutilated limbs. She was taken aback by the suddenness of the surfacing of this image. Being a devoted young girl she understood that the Holy Spirit was giving her a direction to her life. Thus she started thinking why not spend my life to serve the lepers… She kept this thought to herself but she was determined that she would dedicate her life to alleviate the suffering of the lepers.

Meanwhile, she continued her studies and finished her B.Sc., B. Ed and got employed in a college and started teaching Mathematics. One day in 1962 unexpectedly she saw a magazine which had addresses of two missionaries working in Andhra Pradesh inviting young people to join them to work for the Andhra Mission. Sr. Daniela was inspired and she wrote to Fr.  Thomas Ettachkahunnel who was working in Avanigada and started sending him a small donation for the missions.  Gradually she revealed to him that she would like to join a congregation which works for lepers. At once Fr. Thomas wrote back saying that in Bhimavaram there is a congregation which has just in 1962 put the foundation for a leprosy centre and she could join this congregation.  What a coincidence! The Lord had just inspired Mother Clara Bellotti to open the leprosy centre and he had prepared a person to work in it. This truly is a confirmation that working for the Leprosy alleviation is an evangelizing work of the Missionary Sisters of the Immaculate.

Sr. Daniela joined the congregation in Bhimavaram on June 28 1963, and did her Vestition on January 6, 1964. Mother Clara sent her to Italy on August 1 1965, to be trained in the international leprosology course conducted in Spain. She did her first profession on September 12, 1965. She was also enrolled in the study of theology in the Regina Mundi for a year in Rome. In 1968 she returned and started working in the newly opened leprosy centre of Vegavaram. She continued her uninterrupted service to the leprosy patients for nearly 25 years and later was transferred to be part of the threesome heroines of the Fr. Frascogna Memorial Leprosy Rehabilitation Centre at Srungvraksham on October 12 1993, with Sr. Paola Therzaghi and Sr. Theophine both who offered their lives for the service of the lepers and died.  With these 25 years of nonstop service Sr. Daniela has achieved what no other MSI has achieved till now 50-year long golden service to the leprosy alleviation programme in various capacity. Now at the age of 87 Sr. Daniela is still active and smiling thanking the Lord for his constant love and faithfulness.

In the Gospel of Mark chapter 1:40 Jesus leaves Capernaum to announce the Good News to the most isolated and ignored families of the whole country. There he finds lepers. By Jesus act, the flesh of the leper becomes clean. The Good News does not remain mere words but effects a change. From then on they would no longer be marginalized people. These miracles are now still going on also thanks to life given for others like sr. Daniela’s and many other missionaries all around the world.