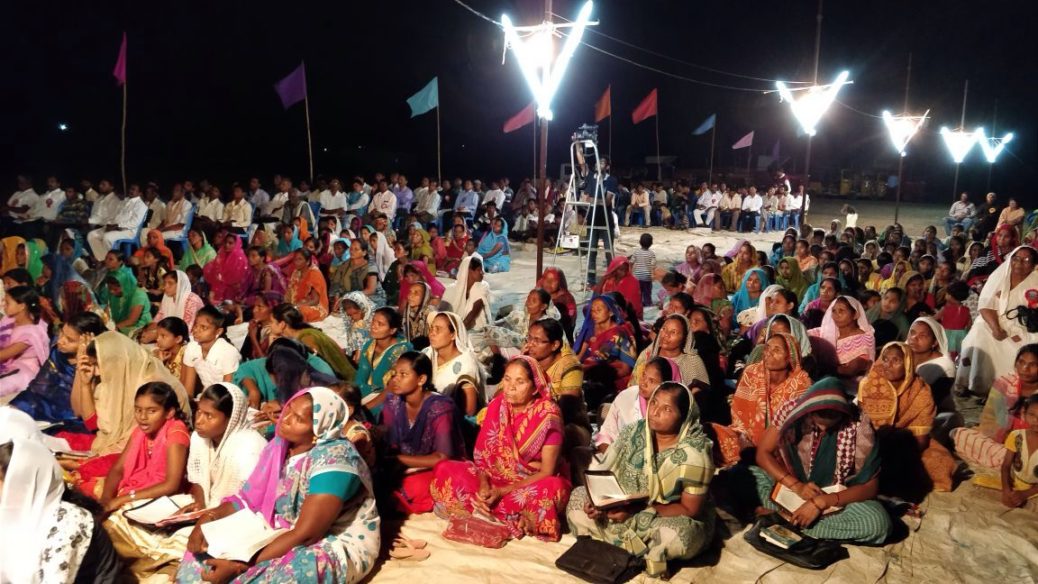 The Cross is foolishness to those who are perishing, but to us who are being saved it is the power of God. (1Cor 1,18)

5th to 7th April 2018 were the remarkable days for the people of Venkatapuram in the Dioceses of Khammam. In the history of Venkatapuram Mandal this was the first Ecumenical prayer meeting arranged by Rev. Fr. Samuel, OFM Cap., the parish priest of Venkatapuram in collaboration with Missionary Sisters of the Immaculate and other denominations. So it was a herculean task to get permission from the police department to organise the convention as the previous week witnessed an encounter between police and naxalites and during which nine police lost their lives and public properties were burnt. 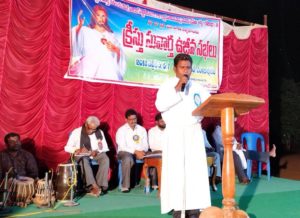 Conducting convention for the people of this area was a long cherished dream for us. The heads of different denominations were invited to discus and plan for the execution of the meeting.  Most of them responded though they had their own apprehensions and reluctance to co-operate. When Fr. Samuel explained to them the purpose of the meeting they were convinced they came together to work and pray for the convention.

All the pastors were exited and reached out everywhere. Some of them generously offered their sound system and cooking vessels. The choir members from different denominations came to R.C.M Church campus and learned the songs to sing during the convention. Basing on the theme the convention, i.e. “The Cross is foolishness to those who are perishing, but to us who are being saved it is the power of God” talks were organised by Frs. Suvarna Raj,  Mathias, Samuel, Karunakar and Bro. Anand pal where people experienced the tremendous mercy of God and were moved by the presence of the Spirit. People came from different villages of all denominations/ religions felt that they were privileged to listen to the Word of God and to be filled with the grace of God.

This event created positive image of R.C.M church and facilitated familiarity among people of other faith and fathers and sisters.

As Jesus said, “I have other sheep that do not belong to this fold. I must bring them also and they will listen to my voice. So there will be one flock, one shepherd.” (Jn 10:16).This convention was a tangible experience of this Word of God. It’s a marvellous and unforgettable experience where joyfully we could initiate our reaching out to the periphery as a prophetic community in proclaiming the Gospel.