First World Day of the Poor 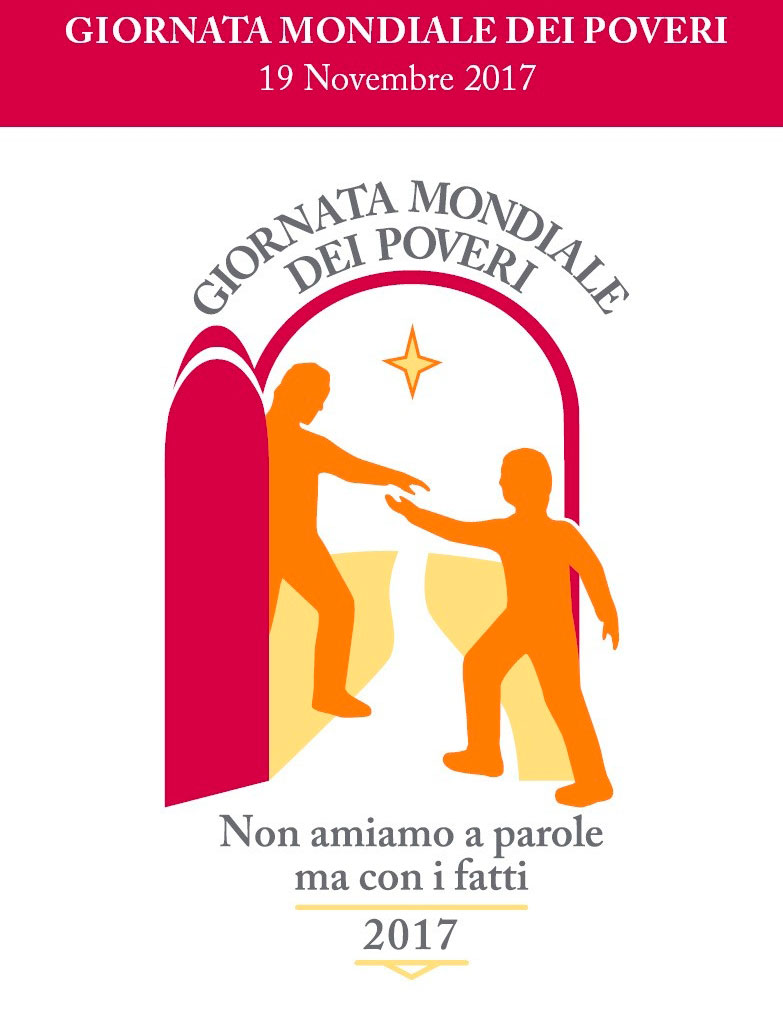 Pope Francis has launched the First World Day of the Poor, which will be celebrated in all the Church this coming 19 November

As the Holy Father’s Message states, “to the World Days instituted by my Predecessors, which are already a tradition in the life of our communities, I wish to add this one, which adds to them an exquisitely evangelical fullness, that is, Jesus’ preferential love for the poor” (no.6).

The challenge that is to be posed, as is known, consists in moving away from indifference and conforts of our wealthy culture and to promote the path of reciprocity: the poor person is reached by God’s tenderness and mercy through those who wish to truly encounter the countenance of Christ.

The dimension of reciprocity is found in the logo of the World Day of the Poor. There is an open door, and on the threshold, two people. They both have their hand outstretched: one to ask for help, the other to offer it. Indeed, it is difficult to understand which one of the two is truly poor. Or better, both of them are poor. The one who outstretches his hand asking for sharing; the one who offers his hand to help is invited to go out and share. They are two outstretched hands that encounter each other where each one has something to offer. Two arms that express solidarity and suggest not remaining on the threshold, but instead going towards the other. The poor person can enter in the house, once from the house it is understood that the help is sharing. Pope Francis’ words in the Message become even more expressive in this context: “Blessed, therefore, are the open hands that embrace the poor and help them: they are hands that bring hope. Blessed are the hands that reach beyond every barrier of culture, religion and nationality, and pour the balm of consolation over the wounds of humanity. Blessed are the open hands that ask nothing in exchange, with no ‘ifs’ or ‘buts’ or ‘maybes’: they are hands that call down God’s blessing upon their brothers and sisters” (No. 5).

Here the message of the Holy Father: https://w2.vatican.va/content/francesco/en/messages/poveri/documents/papa-francesco_20170613_messaggio-i-giornatamondiale-poveri-2017.html