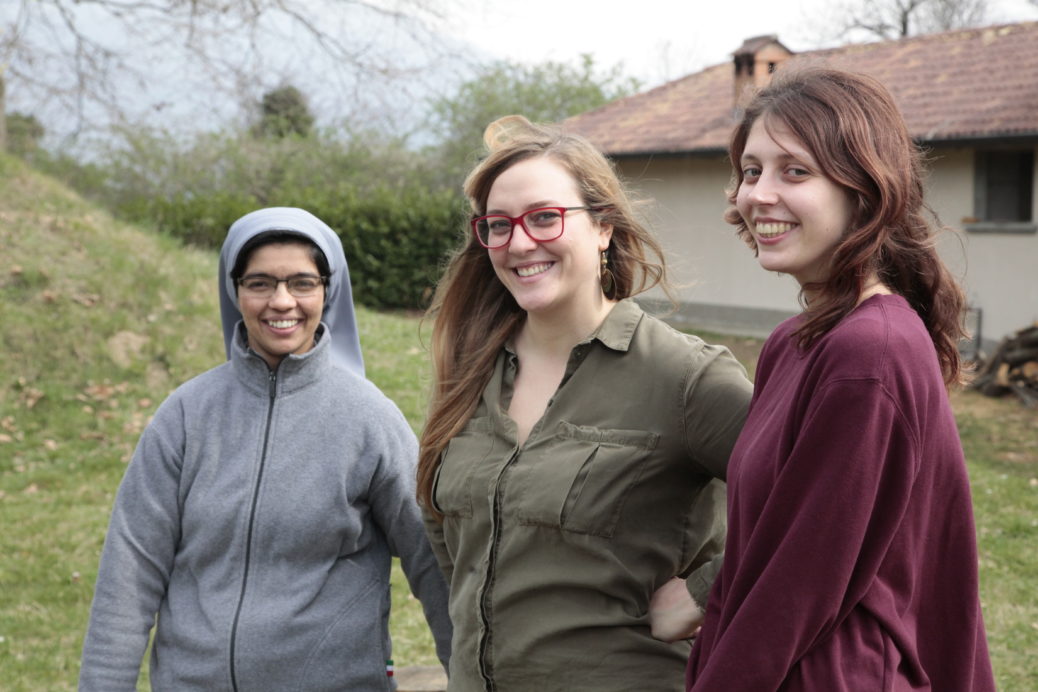 I am the eldest daughter of Leo and Benedicta, descendants of one of the many families who fled from the state of Goa – India, some centuries ago due to the persecution against Christians by the Hindu and the Muslim government. In fact Goa was a rich Portuguese colony of Christian origin.

In my house in Karnataka, India, I always breathed an atmosphere of prayer life. Every evening my grandfather used to gather the family for the rosary, while, in the morning we meditated together the gospel of the day. I learned from my grandfather about the life of Jesus, Mary and of many saints. Every day before we go to bed, he narrated to us about their life. Every Sunday with my parents and with my two brothers I went for the Mass. And on Saturdays attended catechism in the afternoons.

From my family I came to know about many religious Institutes. The Capuchins, Claretians, Divine Word Missionaries, Carmelites and the Diocesans. In fact, I have six priest cousins and a Carmelite nun cousin. Their life and their way of being fascinated me. However, no one has ever invited me to know about their Institutes and I always felt free to make my choice. At school, we were often animated by the life of religious vocation as a way of living Christianity to the full. I was particularly attracted by the testimony of our sisters who encountered and helped the poor in the world, giving them the proclamation of the gospel. Even in my home, I was able to see how the faith transforms people. My mother prayed a lot for the conversion of my father who often did not take care of us. I was able to experience the presence of God through her prayers in my family. Later on my father became a catechist and a member of the Parish Pastoral Council.

When I was 13 years old, I expressed to my parents the desire to become a missionary and at the age of 15 I joined the Missionary Sisters of the Immaculate in Andhra Pradesh for one year of vocational discernment ‘Come and See’, where I began to study English and Telugu and to know more closely about the lives of the sisters. After this experience I was sent as an aspirant to Mudarangady, in Karnataka, my State, to complete my higher secondary school education and go to the University for teaching in the elementary school. After the first Profession in 2008 I helped in the vocation animation that had fascinated me as a girl, in the pastoral care in the villages and teaching history and English in the school. I began to live that life among the people which I dreamt as a child.

I received my “destination” in the year 2015 for Italy. At first glance I was a bit confused because we used to hear that Italy is a mission of transition to go to the another mission or to give service to the Institute. Two years later I felt the importance of this mission. I am working in a parish where some people said to me that for a long time they did not have the presence of the sisters to teach catechism or for visiting families. However, I see that among the young people matures the responsibility towards the little ones: many of them, once they grow up, become animators of the new generations and their enthusiasm in transmitting what they received in oratory or catechesis. This experience strengthens and confirms my vocation as a missionary. I also encounter various situations of families of immigrants who face many difficulties for integration and livelihood: despite feeling helpless in front of them… I feel that listening is a way to be closer to their problems and to look at my problems with a different prospective since “I am also new”, as a missionary.