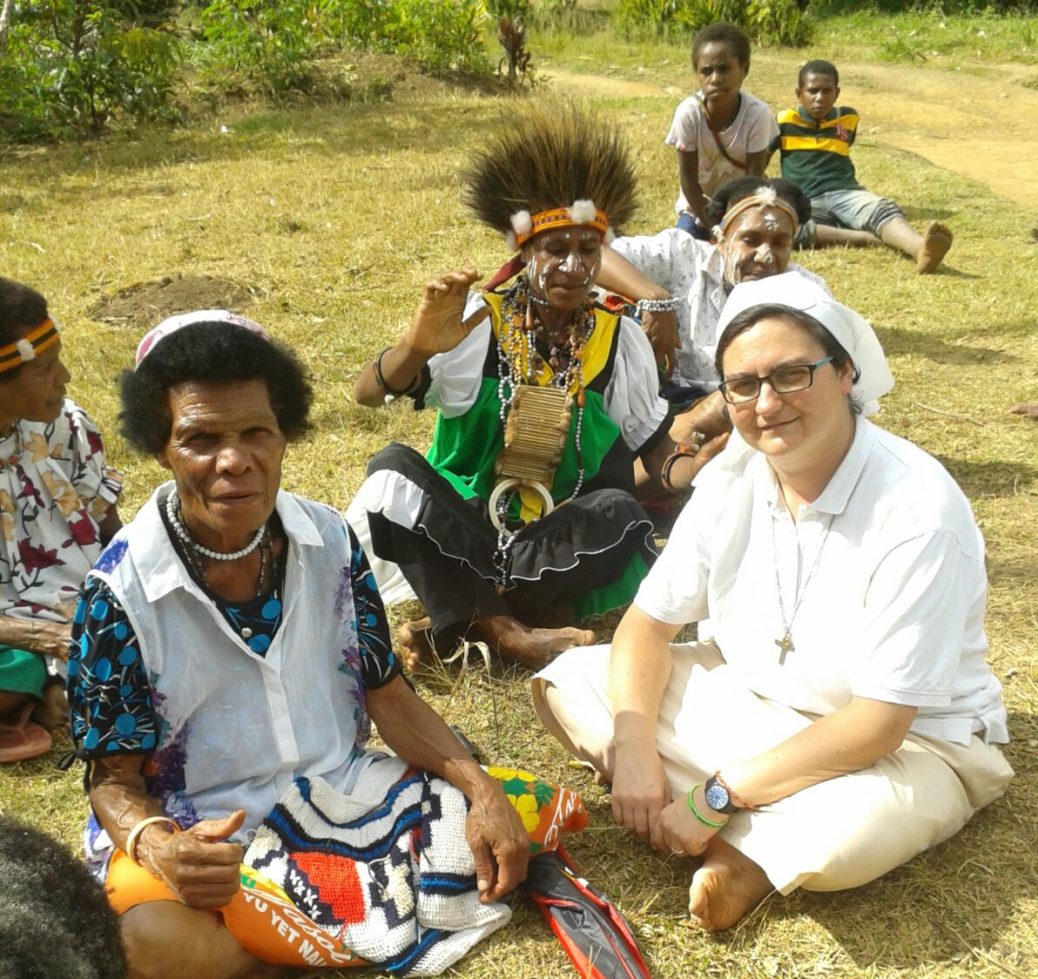 One day I was participating in the Holy Mass like any other Sunday without thinking anything special but, that was the day where God was waiting for me.
Everything went on well until the Gospel reading where something happened to me unexpected. It was about the parable of the mustard seed the smallest of all seeds thrown into a field, yet when it is full grown it is the largest of all plants, it becomes a large bush, and the birds of the sky come and dwell in its branches.
The priest started the homily saying that: “God doesn’t know what to do with beautiful golden grains that move in the wind … He asks us to be as seeds that allow themselves to be sown and become something great for the Lord and for the brethren”.
I felt satisfied with my life. I worked seriously in the field of banking and communication, that sometimes it was not easy to associate with the Christian life. But I was very committed in the parish. In conclusion, it seemed to me that the Lord was giving me a lot…what would have he wanted from me?
This question continued to be in my mind, although everything went on well in my life. One day by chance, I talked about it, with a priest friend of mine and without many words, he asked me: “Have you ever thought of becoming a sister?”. I didn’t take his question very seriously and I replied that he did not understand anything that I was saying.
But the image of the seed came back to me more strongly and so, I went back to him and I started a journey of accompaniment that led me more and more to “identify myself” in that mustard seed which has to be sowed … But where? I cannot be a generic sister.
It was necessary to understand in which field the Lord was asking me to be sowed and I found the answer in my story. Before I was born, my parents were frequenting the house of the PIME brothers in Busto Arsizio and the missionaries. In my childlike thinking, they were a bit like super-heroes … their stories had always fascinated me. As I was growing the figure of the super-hero left an idea of missionaries who, having experienced such great love, cannot hold it for themselves, but they must share with everyone, especially with people who are far, who have not yet experienced to challenge themselves.
The years of formation and the preparation for the mission were really intense and of enriching experiences through the relationships with others, study, missionary animation have nourished the desire to be destined for the missions where that mustard seed should be planted. On 10th April 2015, that long-awaited moment arrived and the mission assumes a well-defined face, color, and place: Papua New Guinea.
Since two years I am here, in that so-called “unexpected land” where the Lord manifests his presence in the simplicity of everyday life, made of sharing of faith in the midst of the people who are in a journey to experience and to mature in the love of the Lord.
Everything changed from the beginning: the place, the climate, the language, the food, the familiar faces, and the people with whom I am asked to journey together… but the desire to bear fruit, a life to be lived in the fullness of love at the service of the brothers and sisters finds the source in the One who tirelessly continues to sow and asks to follow him in this work.