Whatsoever you do to the least My People, You Do Unto Me… 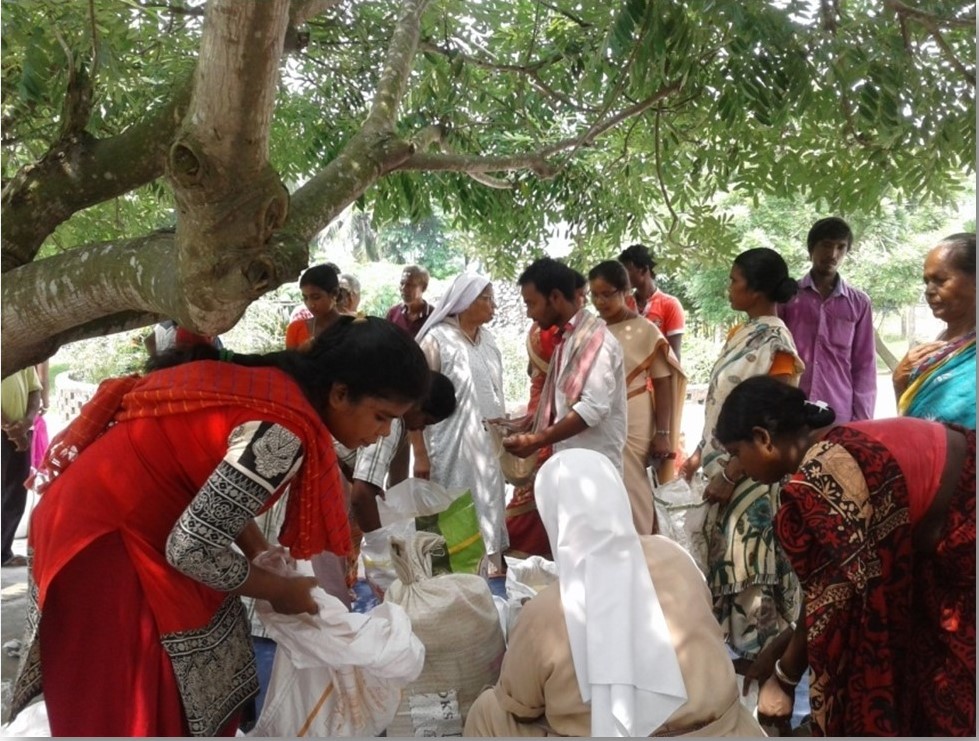 Torrential rain of the last phase of the monsoon had a raging fury over the people and places of North Eastern states and it hit the people of Bihar and West Bengal very badly. Breaches occurred on the river Mahananda at Malda, Tangon and Punnababa rivers in South Dinajpur resulted in the washing away of the boundaries of the rivers allowing the free entry of waster into fields, high ways, and houses and even washed away the railway tracks. It resulted the stand still of the plight of trains more than one and a half month. In all these calamities the worst sufferers are the poor people. Thousands of villages got submerged in water and the people became homeless overnight. They had to run for their safety. Many villages in South Dinajpur close to Nirmala Bhavan Mehendipara are some of the worst hit victims. Some of the NGOS and business men came forward to help these people in their immediate needs. 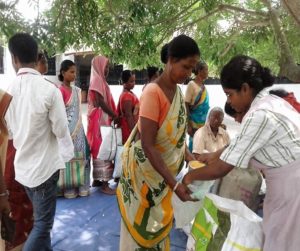 We, sisters too ventured into their pathetic situation and made a survey of the people who lost everything and presented the condition to the Provincial Superior Sr. Anita Alva. She in turn helped us financially with which we purchased rice. With the little mite of our school students and other members of the campus dhal was purchased. Thus, on 14th September between 9 a.m. to 12 noon 100 families above were supplied with Rice and Dhal.

The homeless people have no place to rest even after a month since the water hasn’t dried. Yet there is no complain or grudge on their faces. They are content with what they have got and are not worried of the tomorrow. Great indeed is the trust in the providence. We gratefully acknowledge the timely help of our Provincial Superior and her team. May God bless us who rewards even a glass of water given to the needy.