We’re stewards and not masters 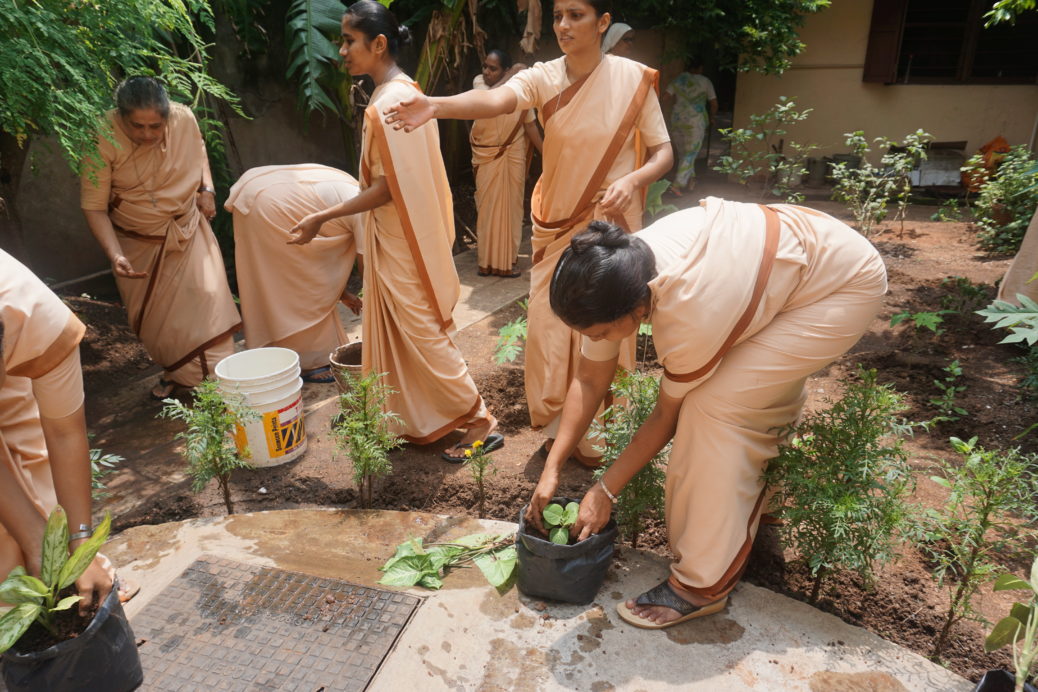 ‘Stewardship’ is the Biblical term that refers to a person who is responsible to take care of the goods and property of someone else. Hence, it is clear that a steward is not the master, he is the one who carefully upholds the property of the master. A steward cannot deal with the Master’s property as per his whims and fancies, because at the appointed time, the master would call him for accountability. This is well depicted in the parable of the unjust steward (Lk. 16:1-13). He is the one who took advantage of his position to magnify his own self.

In his encyclical letter Laudato Sí the Pontiff applies the context in a broad sense calling out for the individual responsibility to care for the mother earth.  He affirms with deep convictions, “We are not God. The earth was here before us and it has been given to us…to till and to keep.” He goes further, “Tilling refers to cultivating, ploughing, or working, while keeping means caring, protecting, overseeing and preserving.” (67) The assumption is that the earth does not belong to us, we really do not possess or own anything. Rather it belongs to God as Psalm 24: 1 says, “The earth is the Lord’s,” to him belongs, “All that is within it.” (Dt. 10:14). Hence, it will be arrogant from our part to presume the very concept that we are the masters because “God rejects every claim to absolute ownership.” (67) HE has pronounced it very clearly, “The land is mine; for you are strangers and sojourners with me.” (Lev. 25:23) Therefore, you and me, we are only the caretakers and not the masters.

Our erroneous understanding of the very concept of stewardship, has led to the current environmental crisis, such as climate change, natural disasters, ozone depletion, melting of the ice or snow caps, soil erosion, biodiversity loss, deforestation, extinction of species, degraded air quality, scarcity of fresh water, food insecurity, land contamination, etc.  These crisis on the other hand gave rise to the problems related to population growth, urbanization, poverty, unemployment, diseases, conflict, war, migration, etc. This new world of poverty and sickness surfaced due to our pride, because “We no longer recognize any higher instance than ourselves.” (6) Yes! God called us to be stewards and not the masters. The essential foundation to be laid in our lives is the realization that we are only responsible stewards and notdominating masters. As Christian, what is my individual responsibility to restore the splendor and grace of mother earth? 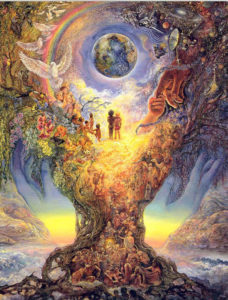 CREATION AND VOCATION: The Bible is the right place to find enlightenment. It is here that the very concept of environmental stewardship originates. The first creation story (Gen1:1-2:4) narrates that God after creating man and woman in His own image and likeness, gives them the dominion over all created things (Gen. 1: 26). It was God’s magnanimity to give them dominion over all created things. But the very concept of ‘dominion’ was misunderstood by our first parents. Dominion- in Hebrew does not mean “to dominate” or “to exploit”, but it means “to take responsibility for”. Caring for creation, was not an ambiguous reality, because they were created explicitly to take care of it and to use it for God’s glory. It was their prime vocation to take care of creation.  In this first story, as we all know, the human being, so called, “crown of creation,” was created on the concluding day- to remind us that even in hierarchy, we are the product of the last day. Subsequently, it is clear that under no circumstances, we can dominate the creation that was pre-arranged for us.

SERVE AND PRESERVE: The second creation story (Gen2:5-15) clarifies the concept of stewardship in a more precise manner. According to this story, God puts Adam and Eve in the Garden in order “to till” and “to keep” the land. “Tilling refers to cultivating, ploughing, or working, while keeping means caring, protecting, overseeing and preserving.” (67) In Hebrew, the word for “till” is service that a slave does to his master, while the word “keep” means to preserve for the future generation. God in doing so, hands over to them the “unique responsibility” in terms of a new mandate called “to serve and to preserve”. The word ‘Service’ is a familiar word in the language of the Holy Scriptures. Jesus himself referred it saying, “The Son of Man did not come to be served but to serve.” (Mt.20:28) Jesus the servant-King challenges us, in this creation story to assume the identical role. While executing the duties attached to this role, we are called to serve and to preserve the exquisiteness of creation for future generations.

TILLED AND KILLED: Further, let us, move to the fate of two brothers: Cain and Abel (Gen 4:1-26). Cain was a tiller of the ground, a farmer while Abel was a shepherd. Both the brothers seemed to be seeking approval and affirmations from God over their offering. We are told that God accepted Abel’s offering and rejected Cain’s. This led to the murder of his brother. The land that was fertile, productive and bountiful was soaked in the blood that was crying out for vengeance. The one who tilled the ground and enjoyed its produce, is responsible to bring a curse on it.  He forgot the concept of brotherhood “Not only has God given the earth to man, … but, man too is God’s gift to man. He must therefore respect the natural and moral structures with which he has been endowed.” (115) God’s all-encompassing vision for creation was desecrated, due to injustice by man against man. We are called to generate sustainability not only for earth’s resources, but also to sustain the life of the most vulnerable in the society.

SELF INTROSPECTION AND DISCERNMENT: The words I speak, the decisions I make, the ways I inspire, the actions I perform, the judgments I make, the criticisms I pass on, the manner I pray, etc. makes it evident, who I think of myself- a steward or a proprietor. When all the above activities are filled with ‘I’ ‘Me’ and ‘Myself’ there is no room for stewardship, it’s all occupied by ownership. True Indeed as the Pontiff says, “Instead of carrying out his role as a cooperator with God in the work of creation, man sets himself up in place of God and thus ends up provoking a rebellion on the part of nature.” (117) Do I place power and profit above people? Do I reduce them as commodities, to be used and thrown away?  Do I care for the least and the lost- both human and non-human alike? Am I egoistic while consuming the earth’s resources?  Do I raise myself in gratitude to God for the manifold blessings that I receive through the creation? What reply have I to give to God and to myself, at this moment?

CONCLUSION AND CHOICES: I need to see anew the purpose of my life within the context of God’s larger purposes for the world, consequently, exercise my stewardship within its context. The Pontiff says it delightfully, “As Christians, we are also called to accept the world as a sacrament of communion.” (9)  It means I need to embrace stewardship of earth-Community in totality as a sacrament.  He further affirms “when our hearts are authentically open to universal communion, this sense of fraternity excludes nothing and no one.” (92) I need to change my personal behavior particularly in relation to all that is directly entrusted to my care. All of us own a piece of creation within our usage/in our apostolate/in our communities. I am called to make a right choice in guarding it with responsibility and respect. The choices I make in personal life certainly has effect on the earth and earth-community. It involves sacrifice. Sacrifices are acts of love and kindness towards the well-being of others. Not with guilt, neither with shame, or grudge or despair, rather, with love and gratitude, I am called to exercise my vocation as steward of creation. Let’s not forget, “God gave humanity the chance of a new beginning. All it takes is one good person to restore HOPE.” (71) Can I and you, as single individual, endorse our responsibility with love and respect in guarding the part of creation that is entrusted to our care?