Towards the Synod for Amazonia 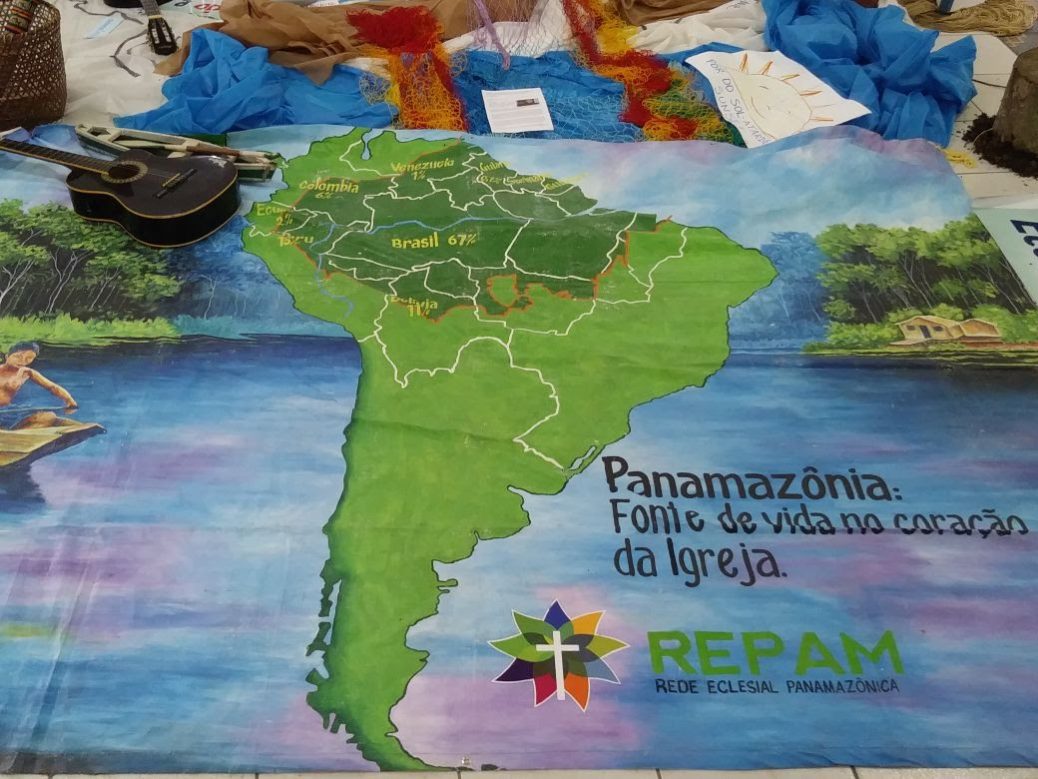 When we arrived at the beginning in these triple frontiers of Tabatinga we had the possibility to attend a meeting encouraged by the CLAR (Caribenha Latin-America Conference) e the REPAM (Ecclesial network Pan – Amazonia). It took place here in Tabatinga from the 20th to 24th April..

The theme that dealt was: “The missionary sense of Pan – Amazonian with the perspective of the complete ecology” where, in this specific context the religious life is called to look and suggest for new ways for its presence and mission in this land. There were more than 90 religious from more than 30 different congregations with their projects with the perspective of Pan – Amazonian and some of the Lay Associates associated with these Congregations. Since we arrived recently here, it was a very important moment to learn and to know the religious life in these triple frontiers of Tabatinga.

The meeting started with a moment of prayer led by the itinerant Equip accompanied by many symbols of the indigenous reality. The diversity of people, the elements of nature, the sharing and listening were interrupted like the sudden rumors of an engine that got closer to the group and provoked confusion, broke the harmony and destroyed everything it encountered. This dynamic helped us to enter i 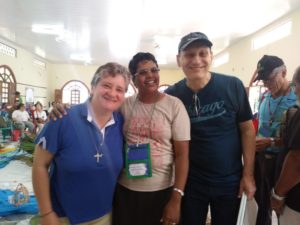 mmediately in to the atmosphere of reflection. There were many questions to answer such as what reply to give? What position to assume? What journey of evangelization to indicate in front of the economic system that is destroying the forest, polluting the rivers, invading the land and is affecting and killing the original population of this land?

In Rio de Janeiro the Pope affirmed that “the Church in Amazonia is not compared to someone who has his luggage ready to go away soon after having exploited the land. Since the very beginning the Church is there with its missionaries, the religious congregations, priests, the laities and bishops, and their presence is very important for the future of this land.” (Rio de Janeiro, 27/07/2013)”. This presence should have an Amazonian face. 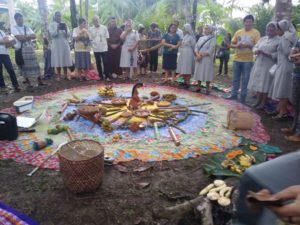 The theme that was dealt during the meeting was the situation which Amazonia is facing, the positive events after the Encyclical document Laudato Sii, the creation of REPAM and the special synod for Amazonia. The cardinal Hummes, who was not present, sent a vocal message inviting all who were participating the meeting to make use of the opportunity to collaborate in the preparation of the synod, in which that the pope has lot of hope. For the Church in Amazonia and for the world it could be a great moment to build new ways. He invited everybody to be courageous without being afraid of the newness.

The executive secretary (executive secretary) of REPAM, Maurizio Lopez, the only laity in the pre-synod commission, highlighted the importance of the Synod for the Church in Amazonia, and of the religious life in this situation. For him, this synod is a concrete way to follow the Laudato sii which was desired by Pope. He emphasized that the precious life of the indigenous people is a clear expression of God’s Kingdom and that the Church supports this reality through the consecrated people who had always been an essential importance in the evangelization of Amazonia through their presence in every corner of this great green land.

Taking into consideration the words of Maurizio, the General secretary of the religious for Latin America and Caraibi (CLAR), Sr. Luz Marina Valencia said: “Amazonia is a land where religious life of Latin America lives its missionary vocation. The reality of Amazonia is a great challenge but also it is a response to live our charism. The founders of our congregation had a scope to respond to the needs of the church. And at this moment it is an urgent need to defend Amazonia from what it is constantly at danger. It is an urgent need not only of the church but also of the society and the whole world.” 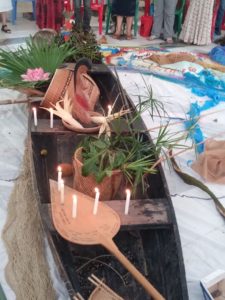 The itinerant equip shared its 20 years of experience in the region. Fr. Fernando Lopez (Jesuit) emphasized that in order to cooperate in the evangelization of Amazonia, it is important to “know that Amazonia is a fertile land which welcomes everybody.” To know its realities and its importance for the stability of life. As pope Francis already said in his important speech on 19th January 2018 to the indigenous population in Puerto Maldonado, in Peru which is struggling with constant threats: “the Amazonian population has probably never been threatened in its land like this before. Amazonia is a land where from different parts fight for this land.” He emphasized that in front of these necessity we are invited to be an effective and efficient as well as the triple aspect of inter congregationality, of insertion and of itinerant presence.

The meeting concluded with the Mess that was celebrated by don Adolfo Zom who in his homily highlighted that “to live in this land is an opportunity to feel the presence of God. When we work together, when we try together, when we worry together we feel that something new is starting. This opportunity realizes the dream that God is incarnated in this reality. I hope that this meeting can be an opportunity of renewal for everyone. It shall be the first thrust to be protagonist in this synod which is not only for the bishops. Everybody is involved.”

I feel very happy for the opportunity of listening and sharing the aspirations of this church which would like to be the protagonist of its own future and to see the religious life lively and active that is still able to dream, courageous and desires to open new journey so that the good news of God’s Kingdom may reach to the peripheries of the world.