Feeling of being Church 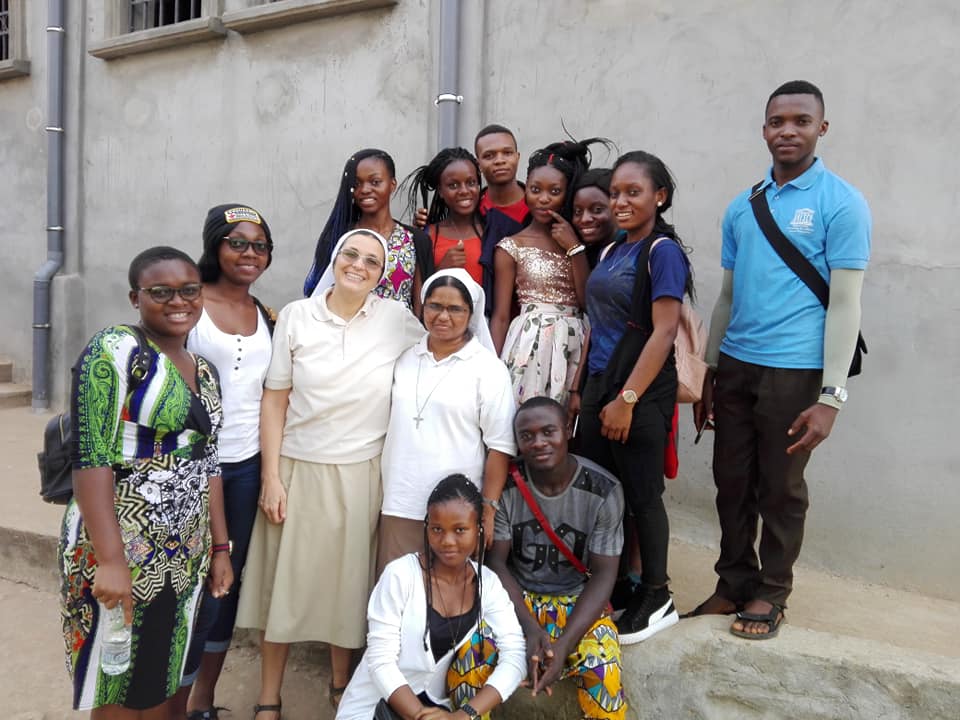 I am in Cameroon for less than four years, but I can say that I never travelled so much in and out of myself as in the last two years. In fact, from the time I am in Yaoundé, even before I realize it, many possibilities of formative collaboration opened up. This gave me the opportunity to come into contact with different Congregations, Charisms, Young as well as less young, united by the same desire to know each other in order to dedicate ourselves better for this Church of ours in Cameroon.

The possibility to collaborate in networking with others has come by chance, from the co-incidence of being in mission with my ex classmates who, aware of the need for formation, launched immediately a proposal to make themselves available other than their own Congregation. As we say, one thing leads to another.

Initially, in front of the reality of networking, I developed a kind of fear of changing the mission after years of waiting. In fact, I was waiting for the “classic” mission made up of villages, of explicit proclamation of the Word of God, of helping the poor and the activities that I try to maintain anyway, but when you start to be “available”, you cannot have the imagined time for the needs that are presented to you where you are. 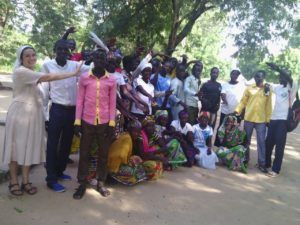 The temptation is to give yourself in part, you would like to reserve some space for “your mission”, further you can do some good for “your Congregation” and therefore be a little available to the Church. When different proposals come our way, we Missionary Sisters of the Immaculate face this is the risk as a Congregation to give ourselves exclusively and fully at the service of the apostolic body which is the Church, which is the world itself. We feel deprived, at times fearful. Moreover, the lack of vocations scare us and therefore we fear to give up the little good that we can do for our mission.

In my experience what gave me courage to collaborate with other ecclesial forces, has been precisely to assume it not in my name, but as a Missionary of the Immaculate, knowing that the collaboration given is part of a project of the whole Province and that the sense of belonging instead of diminishing becomes stronger.

The first collaboration of networking and the first YES was completely normal because the request came from PIME both for my little participation in the Edimar Center with street children, and then to collaborate in the formation of seminarians. As the voice spread, led me to take up days of formation for novices, religious from all over the country on different issues, up to last February, when we accepted the request to join the permanent team of formators of Conference of Major Superiors of Cameroon.

In this team we take care of organizing a residential course for four months divided into two years; to prepare the local formators to assume their role with more competence and creating a network between them that permits them to have a formation capable of offering relationships and reflections to the formators who often find themselves alone in their missions. The team is international and is made up of three religious sisters, a Cameroonian, a Congolese, an Italian and a Claretian father of Burkinabé. This choice is directed by the Conference, not only to complete us in the different experiences and skills, but also to give a new look to the multicultural ecclesial reality. It is not by coincidence that among the 35 participants of this year we see other than from Cameroon, those of Central Africa, Congo, Poland, Brazil, Gabon, Nigeria and Tchad.

I realized in a short time the great opportunity I received. I really experience the Grace to be a part of the Church with a new consciousness. I often find myself in the midst of sharing of persons that touches the forgotten conflicts in the world and in which there are people who take risk in life to form themselves and to offer something more to the new generations. I feel at other times summoned and provoked for a necessary change in the relations between Churches of “new” and “ancient” evangelization, as if the trust given to me may become a mission to be able to witness in my Church of origin, in my Congregation. I realize that again how these relationships of trust, of fraternity open me to the knowledge and love of cultures that contain treasures that are often still hidden so much.

Recently, I found myself celebrating the feast of Epiphany in the midst of about forty novices (Boys and girls), in the midst of songs and dances of their country, unexpectedly found myself the daughter of this Church who reveals herself, who dreams, and who can still give so much to the shared humanity.