To rebuild and to recall the word believe… 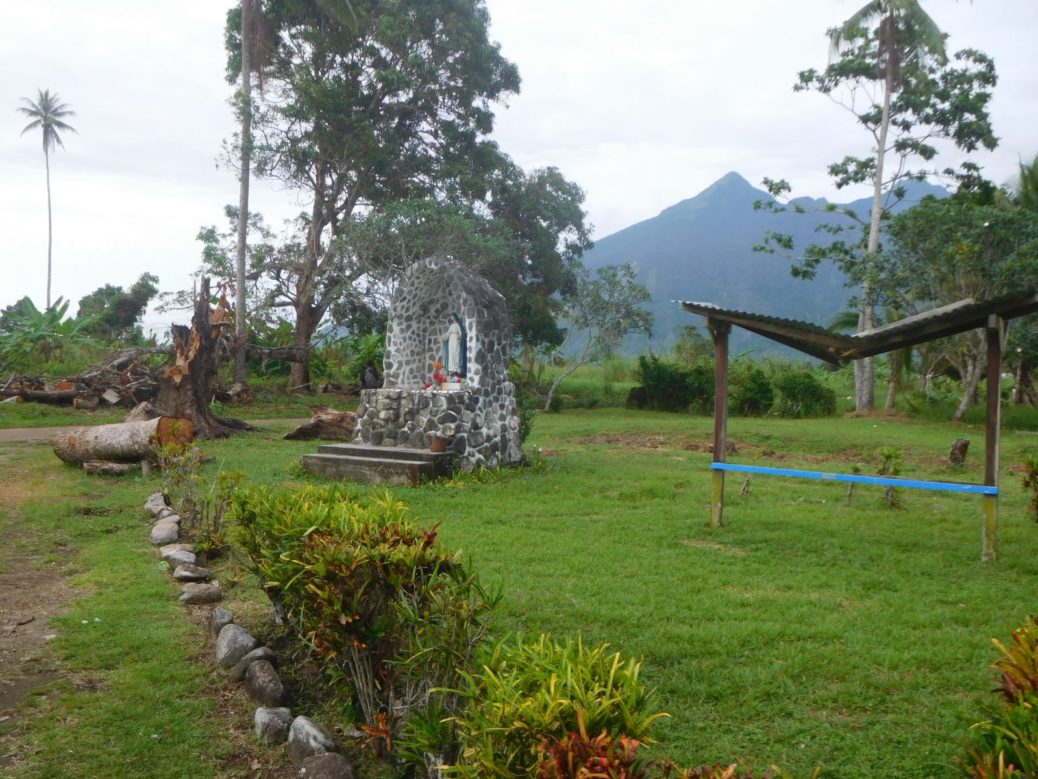 The last spring Watuluma was hit by a cyclone and left its signs. Even though it happened two months back it had left a strong and profound sign. The trees that are of 100 years old were uprooted like a piece of chalk. The roofs were pulled down as if they were like bedsheets spread on the houses. The gardens were swept away to make space for marshlands and stagnant pools.

Everything speaks of devastation and it ends… but it is only external.

There were no victims affected by the cyclone despite its force and brutality. The cyclone hitting at night affected neither the students in the schools around the area, nor any patients going to the hospital for medical assistance, nor the villagers or of the missionaries present there. People had time to take refuge in solid structures.

As I was visiting this island with three other sisters, I observed closely how the landscape has changed its appearance after two months. It is very impressive to see how everything can change within an hour. But the one thing that did not change was the people’s smile and the desire to live. After such a disaster, we can easily expect from people to look sad, serious, or demoralized. Instead, when we went around the villages, the first sign that welcomed us was the smile on their faces, a smile made of diligent hope and not to give the last word to the cyclone but to restart their life.

How can it be? It is very inspiring for a missionary who is inserting herself/himself in the land of mission and to observe the customs, motivations and reasons of the people. And I can say without hesitation in these moments the motivating factor was their faith, a rock on which they learned that night to rely and during the time of their reconstruction. A Faith that expresses itself in the desire to hope, to reconstruct and start again where, at other times and perhaps in other places, they might have gone into failure, despair, and retaliation…

A tangible and prodigious sign that the people experienced was the presence of Mother Mary who has not forgotten the people of Watuluma during those moments. And at the entrance of the hospital, there is a grotto of Mary. But a big mango tree has been uprooted and divided into two parts, half of the tree fell to the right side and the other half to the left side of the grotto… but no signs of damage on the grotto. Mary manifested to the people that she was present there to save the lives of her children.

These are the great and small signs of faith which helps the people of Watuluma to restart, to hope and to live. Signs that illumine also the eyes and the heart of us missionaries who have been given the great grace of knowing and accompanying these people …