Pastoral care of the earth 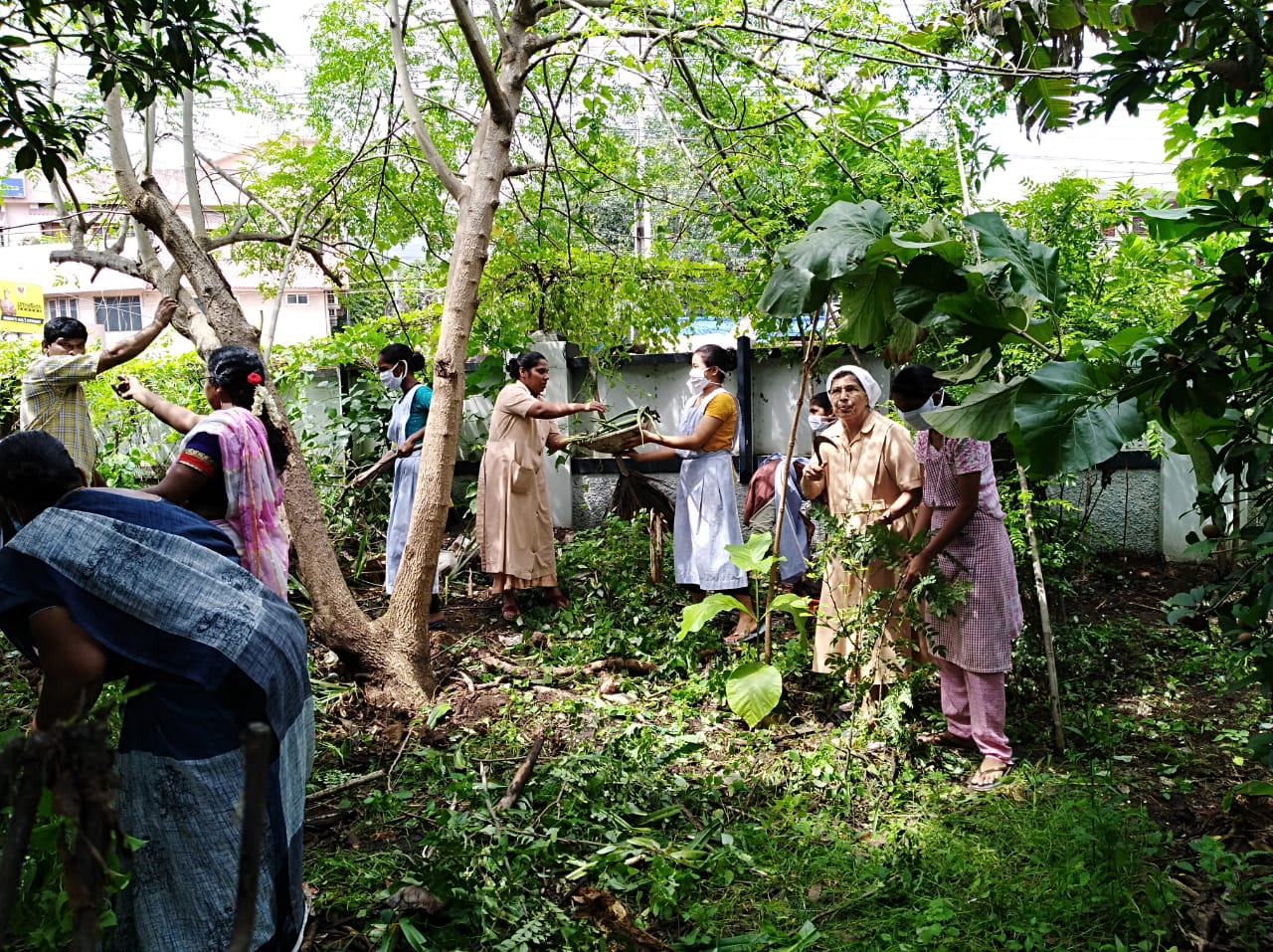 Day by day, we are becoming increasingly aware of the enormous destruction of our planet earth and its inhabitants. However, contextual and creative reflections/actions continue to emerge in order to combat ecological crisis, making environmental challenges central to Christian life and praxis. Often we have heard of the pastoral care in hospitals, schools, villages, etc,.  But Pastoral care of the Earth is rather a new and contemporary term. Earth is compared to a mother because Adam was created from her matter (Genesis 2:7). In the Old Testament earth is the central element in the life of the people of Israel.  Most civilizations, cultures and religions hold earth as central and sacred in the life of peoples. St. Francis of Assisi praised God for Mother Earth along with brother Sun and sister Moon. For us Christians, creation is at our life’s centre.  It is highly recommended for us to read and to interpret the Bible alongside the ‘Book of creation.”

The prominent theme of the encyclical, Fraternity and Social friendship, invites everyone to defend the environment, to have a new and shared ecological vision about how to live in our ‘common home’ (17). The vision of Laudato Si, ‘an integral ecology’ is continued in Fratelli Tutti, urging the humanity to journey towards universal communion (149). On the one hand earth is material and organic, on the other hand, it is divine and spiritual. Earth is our common home with its natural ecosystems and an integral part of sustainable development. Since 2009 United Nations has declared 22ndApril as the international day of ‘Mother Earth’ and placed clarion call to all nations and peoples about the necessity of promoting harmony with nature, in order to achieve the just balance among the economic, social and environmental needs of present and future generations.

Arthur Boers, in his book entitled, Servants and Fools: A Biblical Theology of Leadership, says,  “We do not need really good leaders but entirely different conceptions of leadership.” In the present scenario of damnation of the planet and its inhabitants, every baptised is faced with an urgent question: “Can there be a healthy Church, on a sick planet? To lead the Church through this crisis requires a new paradigm that would enable Church leaders to dissect what has gone wrong and to set proper goals to heal it, by empowering and encouraging every baptised to create new models for mission and ministry, concentrating on environment, human relationships, poverty and the poor. For, poor are the worst affected in every sense in this globalized, consumeristic world.

In order to aptly understand our responsibility towards the entire universe and its inhabitants, we must have answers to the following four key questions:

What is the world? (Human reality) Ans: (God’s creation)

Where is my place in the world? (Human nature) Ans: (Crown of creation)

What is my role in the world? (Human vocation) Ans: (Stewards and not masters)

Where is the world heading? (Human destiny) Ans:(Destruction and Damnation)

To be stewards and safe guard creation is the responsibility of every individual. God calls us to respectfully care for the creation. The answers above serve as an impetus to educate oneself to reconnect with the Eternal, one another and the earth and to rediscover our vocation as partners with God in blooming and flourishing of creation. As ecological leaders in the Church, we are called to adapt what Gregory of Nazianzus called “the cure of souls” by caring for people in their wholeness. Which means, diagnosing the ways in which an individual’s internal integrity (health, mind, body and spirit) and external relationships (with God, humans, and the earth) – have been fractured or distorted and to bring about the healing both internally and externally. As Pope Francis says, “Caring for the planet is as important a catholic commitment as caring for the sick and the hungry“. 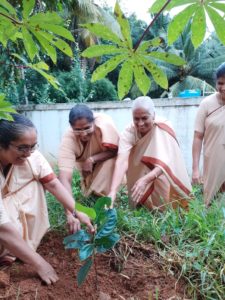 To begin the process of change, first, we need to dismantle our sacred and secular divide and begin to shun all the factors that lead towards the process of destruction and damnation. The next step entails learning the distinct ways of life that will bring glory to God and healing to the damaged earth. We need the new paradigms of pastoral ministry in which every baptised is seen as ecologist, who understands the earth as a living system and how various creatures  can create, sustain and change the ambient of Mother Earth. It becomes the prime responsibility of the Church leaders to embrace this ecological perspective and train the members to cultivate relationship with nature in order to form the disciples in the image of Christ who lived for God’s glory and creation’s good. Last but not the least, as the Pontiff says, we need to “Spark universal consciousness and mutual concern.” (117)

To conclude, as consecrated women every MSI, like our Blessed Mother is called to be sister and mother (Const. 52, 66), in order to promote peace and care of creation (Const.22). May we march forward to care for the earth, in the footsteps of Jesus the Apostle of the Father and the Immaculate Virgin.