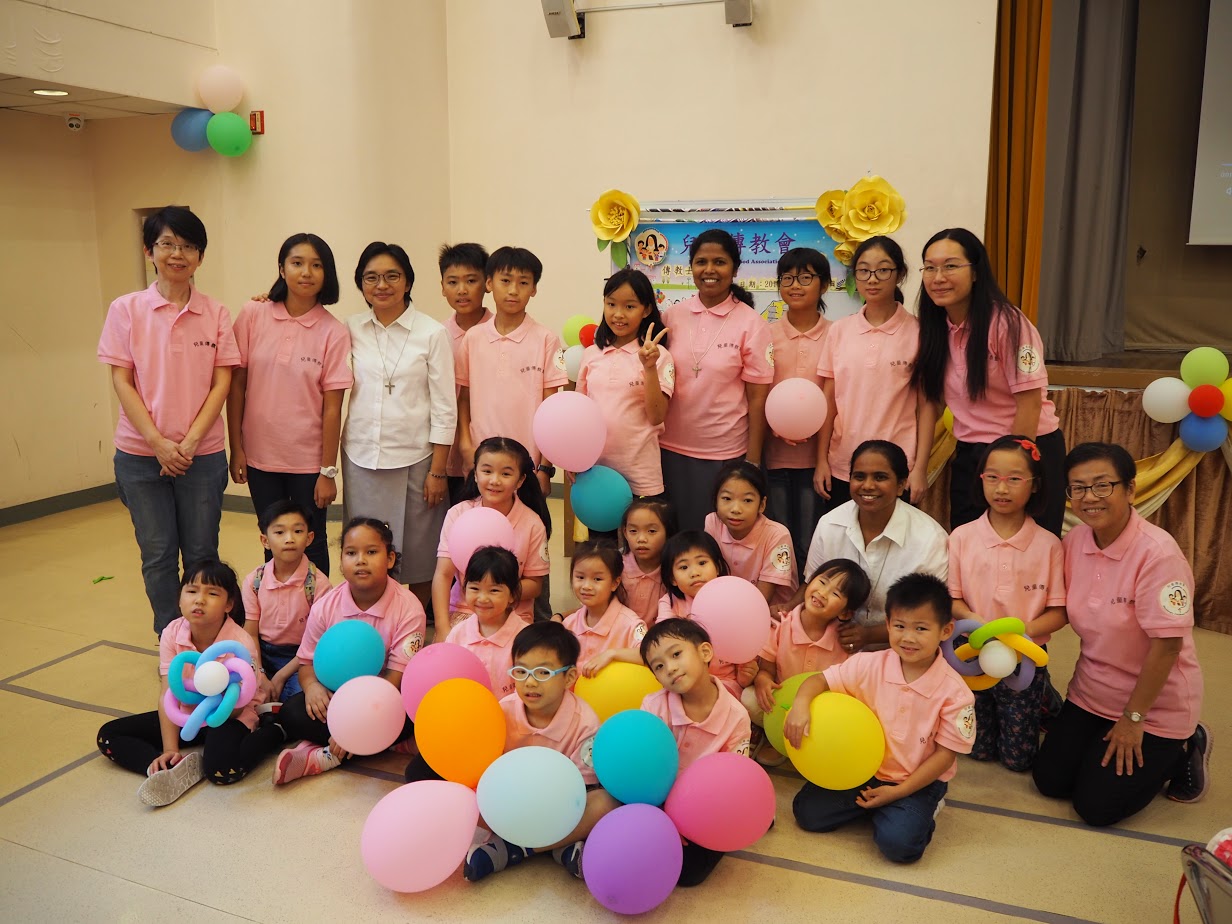 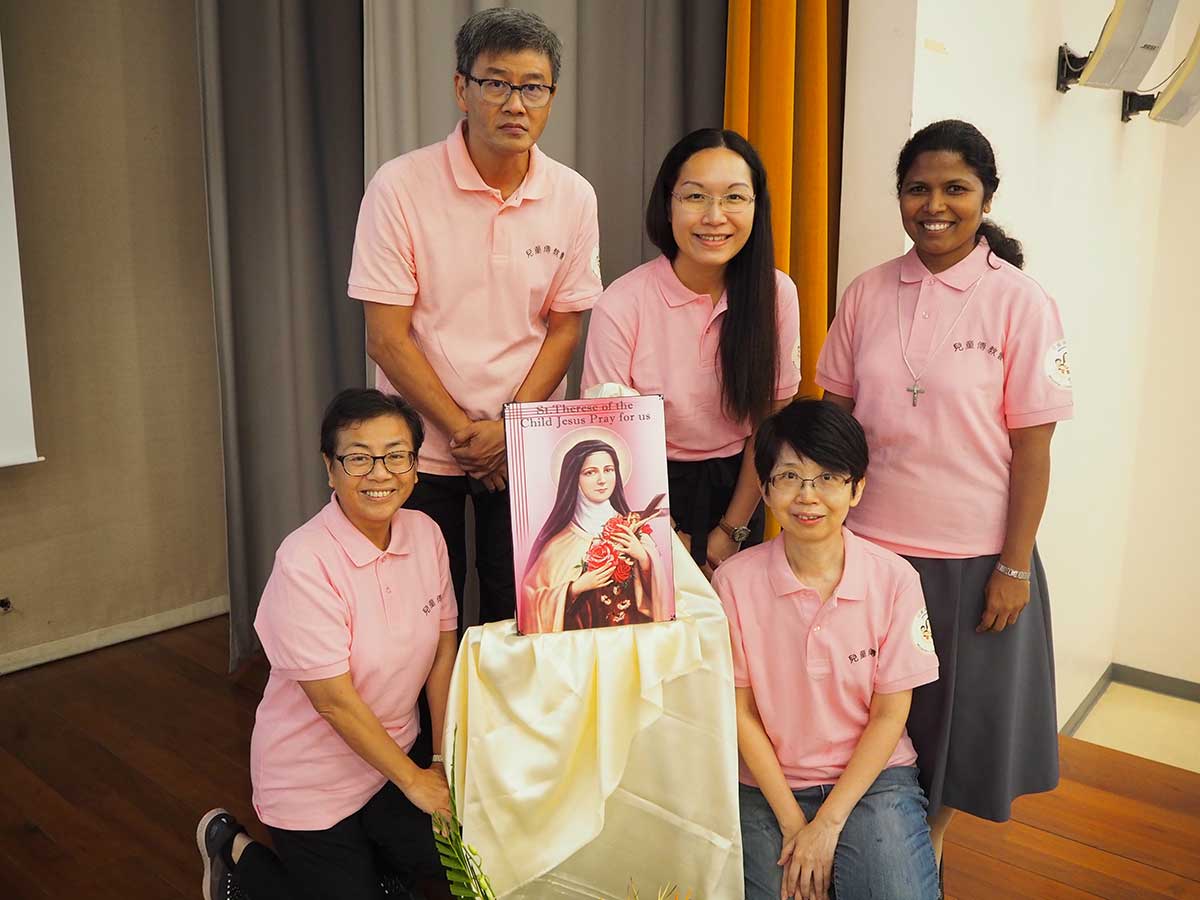 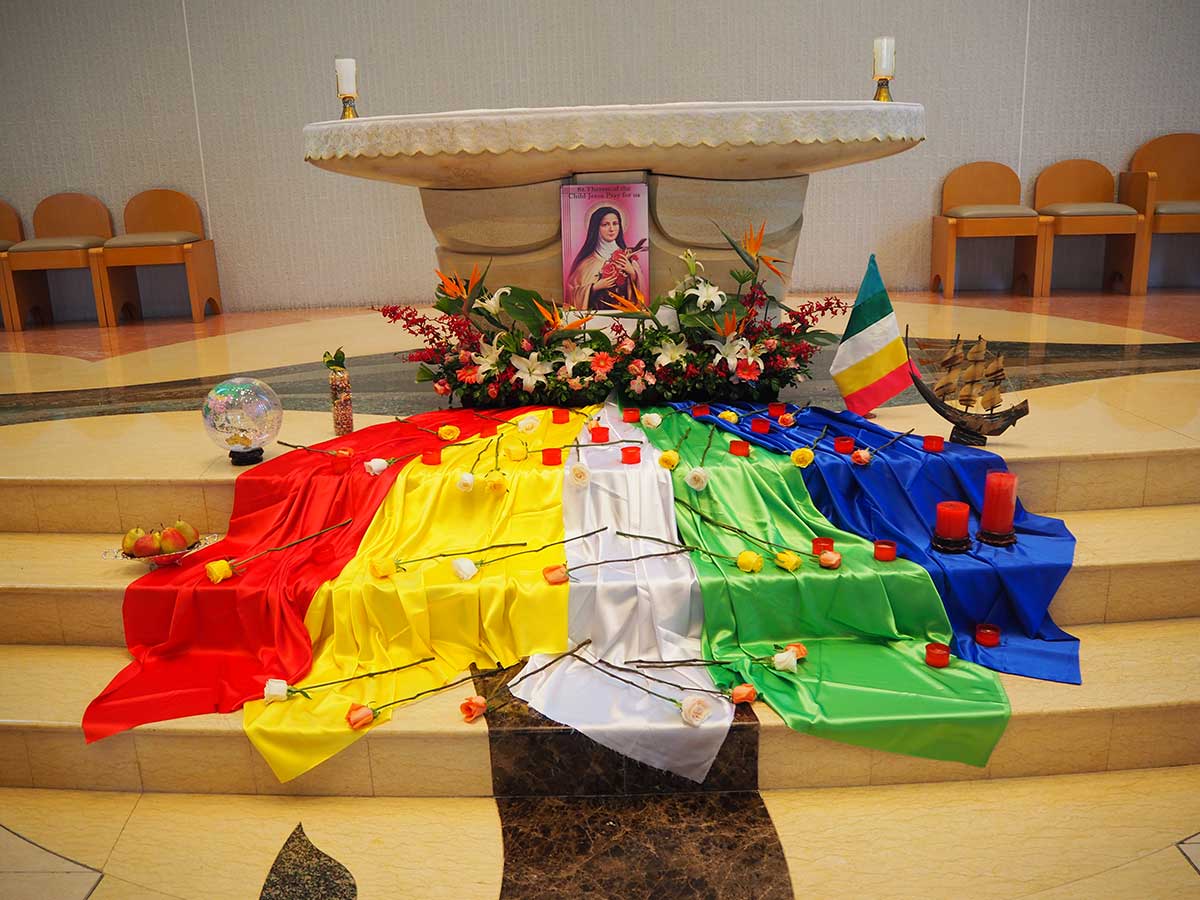 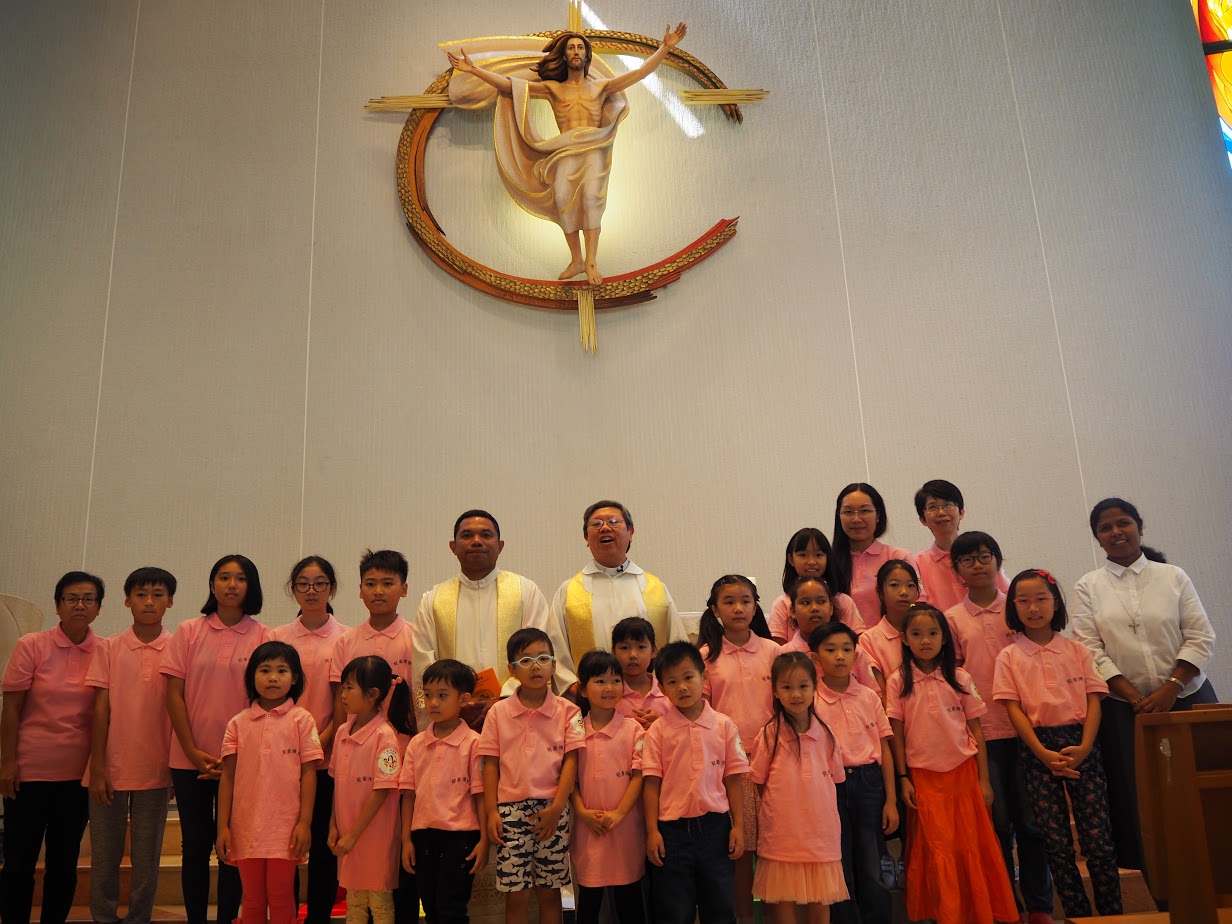 Responding to the invitation of Pope Francis to celebrate the extraordinary missionary month in October 2019 I initiated this association for the children of St. Jerome’s parish where I serve as a pastoral sister. The motive is to inculcate in them the spirit of evangelization.

After being here in this parish for 5 years reaching out in the different pastoral field, including home visits, I realized that many children are deprived of their childhood naivety because their days are rigid and tightly scheduled with attending schools, tuitions and numerous extra-curricular activities. The children also become the first victims of undesirable family situations where arguments and break up are common.

Seeing their plight, I wanted to be of help through building up their faith in God and help them find meaning and hope in life. In Hong Kong it`s common that, among parent any one could be a catholic, the other not…the child is baptized. So, in this type of family atmosphere the child could be a missionary in his/her own family first. I am convinced that on their path of following Jesus in their own little ways, the children could identify the real worth of being a Child of God.

Although the desire to start this association rose in me two years ago but came into realization when Pope Francis declared October 2019 to be an Extraordinary Missionary Month with a theme “Baptized and sent”, I realized it is the right time to begin this MCA (Missionary Childhood Associations) in the parish. I raised this matter to the Pastoral team and obtained their support and encouragement.

Missionary Childhood Associations are set up globally in about 150 countries but not yet one in Hong Kong. Thus inspired to start one in St. Jerome’s Church. As all know Chinese is not my mother tongue and most materials are in English. So, I sought the help of four parishioners and we five formed a team to work nearly 8 months in translation, planning and preparation. While working together, I felt that God who inspired me also inspired four of them for this mission. I have no doubt that God willed it and made it to its fulfilment.

After several months of preparation, St. Jerome`s MCA ran the first formative gathering with parents and members on the 28th September 2019. On 1st October, this association was officially commenced. At present, there are 20 members of 5 to 14 years old. We choose St. Thérèse of Lisieux, one of the patron saints of missionaries to be their patron saint, whose feast day falls on the 1st October. By choosing this saint as patron, they can learn her little ways to be little missionaries.

To mark the opening of the MCA, we organized a solemn prayer service followed by missionaries sharing their mission life experiences: Fr. Reynolds SVD, Fr. Nicolas MEP, Fr. Paul Kam Po-Wai missionary in Cambodia (video clip), Sr. Carmela MSI, and Ms. Cecilia a lay missionary. Many missionary sisters from other religious orders and parishioners came to witness and to support.

I am deeply moved by the enormous support of the parishioners throughout this process. Indeed I am ever grateful to our sisters of HK Delegation for their encouragement and prayerful support. Deep within me with gratitude, I would like to repeat the words of Mot. Igilda:

”I am a weak instrument in His vineyard”.