The family of Ruth, solidarity beyond the frontiers 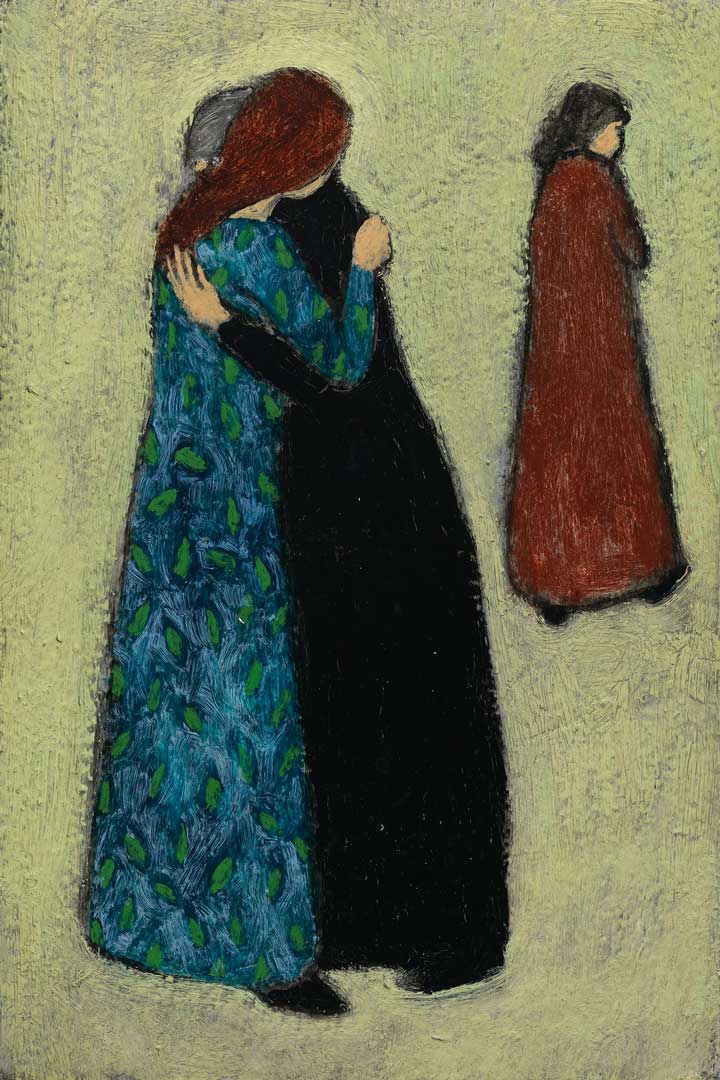 Today’s world seems more and more oriented towards the cultural and religious fanaticism and intolerance, which threatens the people’s freedom and peace. The family of Ruth with their witness of solidarity overcome the boundaries of race, culture and religion and become in today’s world a reminder of the humble and poor that teach the way of fraternal coexistence.

The veneration of truth

As I was watching the news, I was deeply struck by the decision of the American president, Donald Trump, to prohibit the entry of all Syrians until the new law and 90 days for the citizens of seven other Muslim countries. The television presented the situation of the mixed families, who run the danger of being separated by the senseless law, which had the only motto: “America first!”. Immediately I remembered the book of Ruth, in the Bible and the political situation of that time, the various projects of reconstruction of the people of Israel after the exile. Some of them based precisely on an intolerance and the closure to other people, the division and suffering they caused to the poorest families, but above all the lesson of hope that is handed over to the humanity by the family of Ruth .

However, we will know this story more closely by reading the four chapters of Ruth.

The book of Ruth begins like this: “In the days when the judges ruled …” (Ruth 1:1). However, we know that the context of the story is another!

The author probably used an ancient story to denounce the problems of their time. We are in the post-exilic period, around the year 450 a. C., after Cyrus, emperor of Persia, had given the people the possibility of returning from Babylon to Jerusalem to rebuild the city and the temple. In spite of this happy news, the situation of most of the families of Judea is precarious. Without land, forced to work for others (Ruth 2:5-9), they suffered from the deprivation of all kinds of basic needs and are oppressed by the same rich relatives, who try to take possession of the small properties of the poorest families to extend their own estates (Ruth 4:4-6).

We discover that earlier, the source of security and defence of life of the clan was the unity and solidarity among the families (Deut. 15:7-8), but it is undermined by the present social system based on the accumulation of wealth at any cost, which diminishes and destroys the fraternity.

In this period, various reconstruction projects are taken up: Ezra, a doctor of the law and scribe (Ezra 7:6.11-26), who was at the service of Persia’s interests, proposes the expulsion of foreign wives with their children from the territory of Judea (Ezra 9:1-2; 10:2-11). They are accused of perversion by their own customs and religious traditions, the purity of the identity of the Jewish people, introducing idolatry. Even Nehemiah, the governor of Judea, appointed by the emperor of Persia, tries to find a solution to the existing problems. Seeing the exploitation inflicted on people by rich landowners and rulers, he demands from them that they give back the stolen lands and clear the accumulated debts (Neh 5:7-13), according to the tradition of the observance of the Jubilee law (Lev 25: 8-10; Deut 15:1-2).

One of the keys to discover the central message of the text comes from the reality we have just described. In front of the context that controls the foreigners in the name of the fear of idolatry, opposes the example of Ruth, the Moabite. Belonging to the ancient enemy of Israel, she remains faithful to her mother-in-law Naomi, who accompanies her on her return journey to Judea, a foreign country for her. Because of Naomi’s attitude of solidarity, she is compared to Rachel and Leah, the mothers who gave origin to the people of Israel (Ruth 4:11).

Obed, the son she generated after her marriage to Booz, is the heir from which King David will descend and, centuries later, Jesus himself. In him, the denunciation of Ezra’s project becomes more evident, that a foreigner will be inserted into the genealogy of God’s people!

In addition, the project of Nehemiah is disputed by the story. In it we discover how no rich man will give back the land or rather a relative tries to buy the land of Noemi, (Ruth 4:3-4) but does not want to assume the responsibility of continuing the family, marrying Ruth (Ruth 4:5-6) according to the law of Levites (Deut 25:5-10).

It is not even Booz, owner of the land where Ruth goes to reap (Lev 19:9-10; Deut 24:19), to take the initiative to solve the problems of the two humble widows. It is they themselves who together organize the steps for a new journey in which they make use of the existing rights, of the situations that the providence offers, of courage and hope, to change one’s condition of bitterness and poverty.

The part connected to everything

Gen 18:9-12 = Naomi lives the same condition of Sarah, wife of Abraham now in her old age, without children and unable to believe in the action of God in her life.

Mk 4:30-32 = The smallness of the mustard seed is compared to the small steps of the two women: the return to Bethlehem for Naomi and the fidelity of Ruth in following her. The welcoming attitude of Naomi in accepting a foreigner as a member of the people of God, and the initiative of Ruth to reap in the fields of Booz. All these are small gestures, but they make a difference in their time and marks a new future for them.

Hos 2:16 and Is 40:1-2 = To speak to the heart of the people is exactly of God in crucial moments of his life: in the desert after the liberation from slavery in Egypt and during exile. Booz speaks to the heart of Ruth as God spoke to the heart of his people, to renew her strength and to announce consolation and freedom.

Is 4:14; 43:14; 54:5-6; 63:16 = God, on many occasions, is called Goêl, the Redeemer, the defender, the protector, as well as Booz the close relative of Naomi by restoring the land sold by Naomi, prevents that the property from being lost permanently.

Gen 38: 6-26 = As Tamar forced her father-in-law Judah to carry out the law of Levite (Deut 25:5-10) to guarantee him a heir, making herself as a prostitute, in the same way Naomi instructs her daughter-in-law so that Booz may accept to exercise the same law by uniting himself with Ruth.

To let oneself married by the Word

The journey traced by the Ruth’s family is illuminated by the service that allows to transform the bitterness of life into joy and hope. “Servant”, in fact, is the meaning of the name Obed, the son who will give the sense for Naomi’s living. All the protagonists of the story have lived in an attitude of service: Ruth, leaving her land to remain faithful to Naomi, renouncing a young husband, in order to guarantee her mother-in-law her land. also Booz who makes himself as servant, accepting Ruth in his land, working for the restoration of the land for Naomi, and marrying Ruth to give a descent to Naomi.

Neither of the two thought of themselves but both of them have lived in a logic of service and sharing.

Which logic and attitude prevail in our family relationships?

Life as a couple is a daily sharing in God’s creative work, and each person is for the other a constant challenge from the Holy Spirit. God’s love is proclaimed “through the living and concrete word whereby a man and the woman express their conjugal love”. The two are thus mutual reflections of that divine love which comforts with a word, a look, a helping hand, a caress, an embrace. For this reason “to want to form a family is to resolve to be a part of God’s dream, to choose to dream with him, to want to build with him, to join him in this saga of building a world where no one will feel alone”.

To celebrate in the story

The usual evening with my friends made me to get to know Johnny. Discovering then that the destiny had made us “to come closer” many times, but without ever making us to meet, made our relationship inevitable. After 3 years we decided to get married, a step that allowed me to question many of my convictions. Starting from the house: I learned from him that our apartment should not be a perfect one but a comfortable environment, where we feel welcomed and protected. That is why taking care of it together is important. Helping me is the rule and dividing the house works is a law. Historically Madagascar was a matriarchal society, sustaining a woman in the management of daily life is part of my husband’s DNA and culture. His openness and easy adaptation are a constant lesson for me too. Getting used to him was not complicated: taking the measures when sharing the space and life has no difference of standard, the difficulties are the same that I probably would have had with the Italian neighbour. The relationship with Johnny, however, gives me one more chance to grow and question myself, to review my certainties or to affirm them with greater dynamism. A confrontation with those who are culturally different has the merit of opening the perspectives and creating opportunities to consider other points of view.