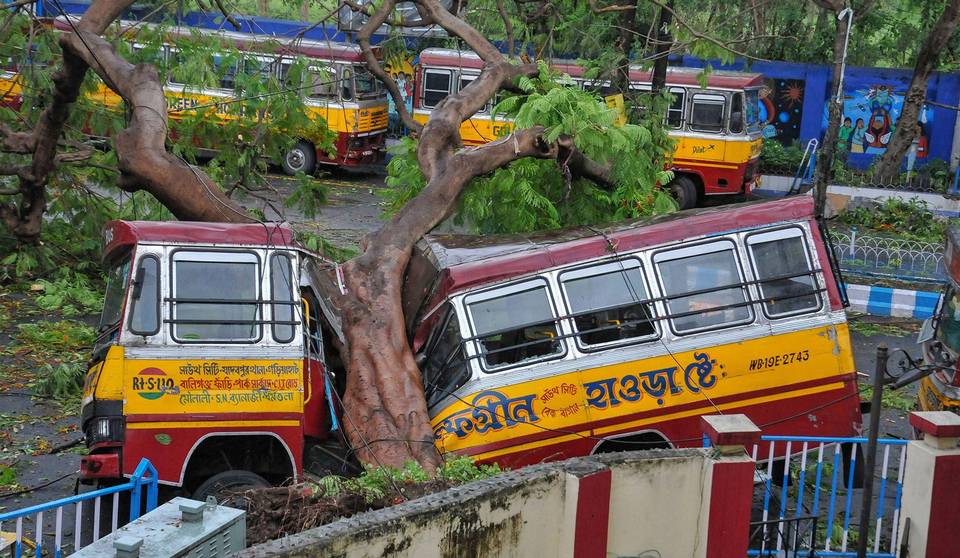 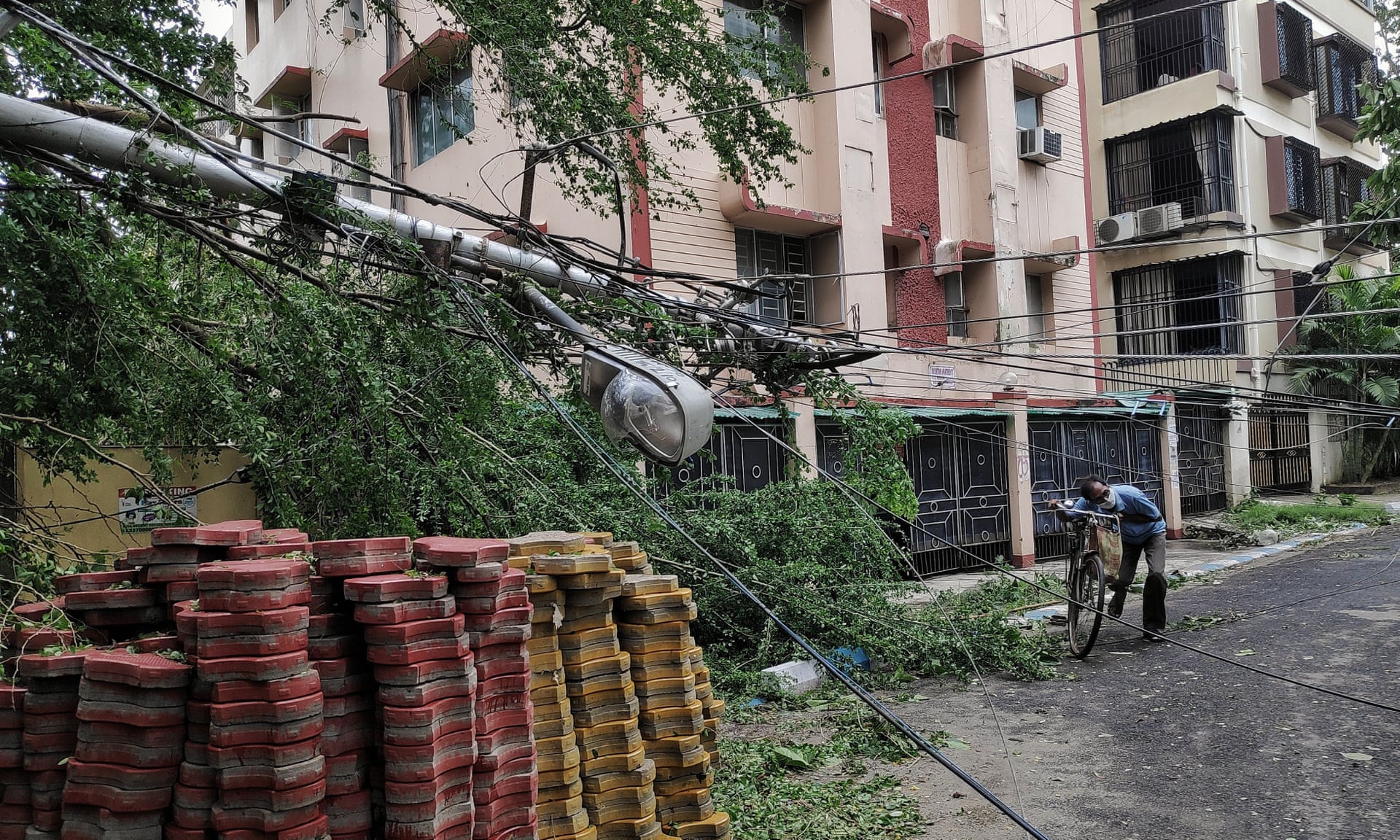 The climate is a common good, belonging to all and meant for all. At the global level, it is a complex system linked to many of the essential conditions for human life. A very solid scientific consensus indicates that we are presently witnessing a disturbing warming of the climate system. In recent decades this warming has been accompanied by a constant rise in the sea level and, it would appear, by an increase of extreme weather events… a number of scientific studies indicate that most global warming in recent decades is due to the great concentration of greenhouse gases released mainly as a result of human activity. Another determining factor has been an increase in changed uses of the soil, principally deforestation for agricultural purposes. (23)

Going back to the pages of history one realizes that the Earth’s climate has changed throughout. Until now most of these changes were accredited to very small variations. The contemporary (20th century) warming is of para importance, because it has been perceived as a dangerous climate change.  A number of scientific studies mention that global climate change has occurred due to human activity and that it will amplify over time and again.

Taken as a whole, the range of published evidence indicates that the net damage costs of climate change are likely to be significant and to increase over time.

But what exactly is dangerous climate change?

The term was legally introduced in 1992 United Nations Framework Convention on Climate Change (UNFCCC). The UNFCCC objective was to “stabilise greenhouse gas concentrations in the atmosphere at a level that would prevent dangerous anthropogenic interference with the climate change.” The conference explored the possible dangerous  impact that would occur due to climate change, but never actually defined what it meant by ‘dangerous.’

The recent studies highlighted the determinative dangers resulting from climate change which include: threat to water, air, soil, food resources, increase in mortality, loss of entire eco system, extinction of iconic species, Arctic sea ice retreat, forest fires, rise in sea level, increase in drought & cyclone, environmental degradation, so on and so forth.  While evaluating what is dangerous, we have to study meticulously every aspect of the impact it creates on all assets present on the face of the earth. As Pope Francis affirms, we need to justify our stand by hearing both “the cry of the earth and the cry of the poor,” (49) because “everything in the world is connected.” (16)

Human activities are changing the natural greenhouse. In the atmosphere certain gases namely: Carbon dioxide (CO2), water vapor, Methane, Nitrous Oxide and Chlorofluorocarbons (CFCs) become block for the sun’s heat to escape and are described as “forcing” climate change. CO2 is commonly produced by human activities and it is responsible for 64% of man-made global warming.  Other greenhouse gases are emitted in smaller quantities, but they trap heat far more effectively than CO2. The emissions of these gases takes place due to the increase in the man-made activity: 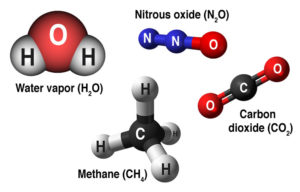 Very well Pope Francis points it out that “the deterioration of nature is closely connected to the culture which shapes human coexistence.” (6) further he affirms that “the misuse of creation begins when we no longer recognise any higher instance than ourselves, when we see nothing else than ourselves.” (6) He continues saying, “If we no longer speak the language of fraternity and beauty in our relationship with the world, our attitude will be that of masters, consumers, ruthless exploiters, unable to set limits on their immediate needs.” (11) Therefore, he invites us “to care for all that exists and to feel intimately united with all that exists.”  (11)

True indeed, if we delay to take care of the nature, then the consequences might be much higher to be remunerated. 20 May 2020, had been one such fateful day on which the people of West Bengal, Odisha, and Bangladesh combatted the vehemence and destruction caused by this century’s Super-Cyclone Amphan.  At the day break itself the weather was dark and gloomy but around 14.30 the severity  began to gear up and the landfall was at 16.00 with winds of about 120 mph (190/km/h), causing the storm to surge up to 5 meters (17f). Due to cyclone nearly 60 million people were affected, at least 80 people were killed, more than 700,000 people were evacuated and around 80,000 homes have been damaged.

“Cyclone Amphan is a disaster more than Covid-19.” 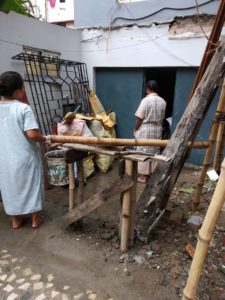 Having lived the rage and the fury of the Super Cyclone Amphan, along with the Psalmist we say with deep convictions, “Only in God is my soul at
rest. He only is my Rock, my Strength and my Salvation.” (Ps.62) For all four of us it was a nightmare. We could hear the sound of windowpanes breaking apart and tumbling down on the street, our neighbour’s roof entirely blown up, electricity and means of communication fully damaged, robust trees uprooted and fallen lifeless, a giant mango tree of our neighbours fell on our campus wall. Water level was escalating and in a minutes time reached up to knee level inside our house.

“Such type of winds I had never seen in my life time,” expressed sr. Cecilia. Sr. Elsa said, “For me it was a last day of my earthly life and I prepared to meet my Lord.” For senior sisters it was a reminder of the 1977 Cyclone that they had faced in Andhra Pradesh. Without fail, all of us remembered the poor in the slums and other vulnerable localities of the streets of Kolkata. Helpless though we were, we could only whisper our prayers to the Lord, who could take complete control of the situation. Lips wouldn’t stop from muttering rosary and fingers wouldn’t cease from rolling its beads. It was also a moment to ask Sorry from the Lord for our iniquity, implore for His mercy and surrender saying “Lord! Do as you wish.”

The wounds inflicted by such natural disasters will linger for a long time. And given the worsening climate crisis, the entire tale of devastation would be repeated on and off. Of course, however we try to bring the situation under control,  in coastal areas natural disasters are unavoidable. Communities could be warned beforehand of the expected hazard due to the advancement in science and technology, which “are wonderful products of a God-given human creativity”(102). But we must also understand that natural disasters are going to take place no matter what.

When we talk about dangers, it is not merely dangers that are posed by climate change per se, but its global impact on entire humanity. It’s time for us to mention the importance of looking across the globe and seeing what the impact would be for different communities at different geographical locations. If climate change is going to worsen the situation of mother earth, it transmits an extra serious responsibility on the global community.

In the conclusion, let the words of Pope Francis ring in our ears, “The need for each of us to repent of the ways we have harmed the planet, for inasmuch as we all generate small ecological damage, we are called to acknowledge our contribution, smaller or greater, to the disfigurement and destruction of creation.” (8) Further he adds, “It’s time that we replace consumption with sacrifice, greed with generosity and wastefulness with a spirit of sharing.” (9)