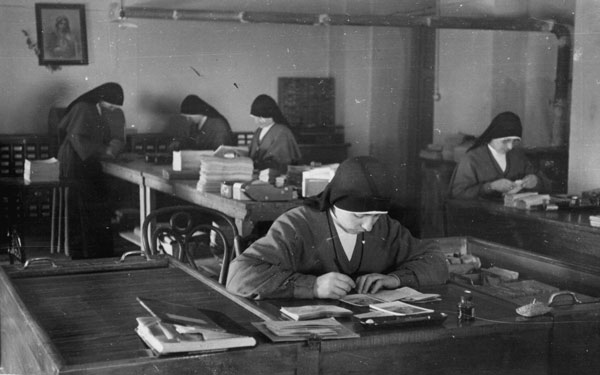 1947, Milan: sr. Albina, in front, producing cards for the benefactors; the sisters behind are packing the magazines to be dispatched for missionary animation. The parcels of magazines were delivered from PIME house to our community in Via Masaccio: here they were brought up and down the third floor (without a lift at that time!) were the offices were situated (at the first floor Mr. Villa was still living, and at the second floor there were the rooms of the sisters). 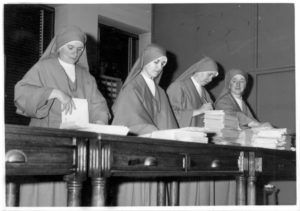 1966, still in Milan, but now in the Pime’s house offices: sr. Lorenzina, sr. Consolata, sr. Marina and sr. Grazia preparing and putting the missionary magazines in the envelopes.