Pilgrimage for the Chapter 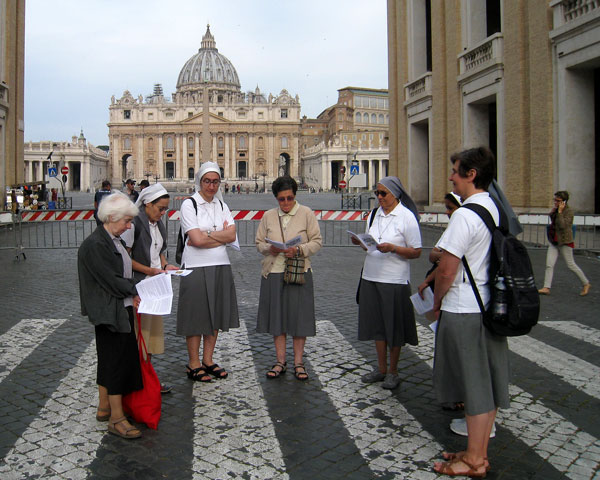 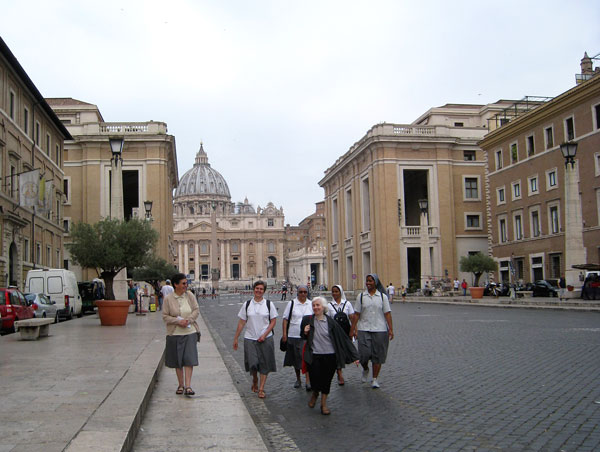 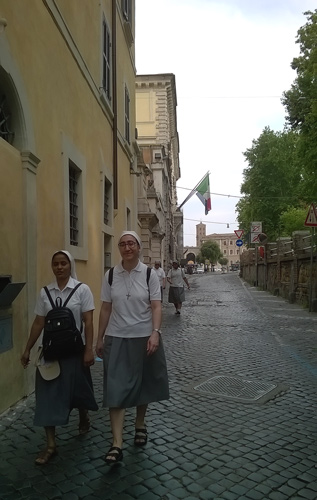 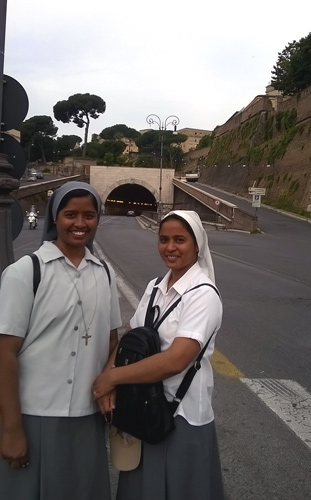 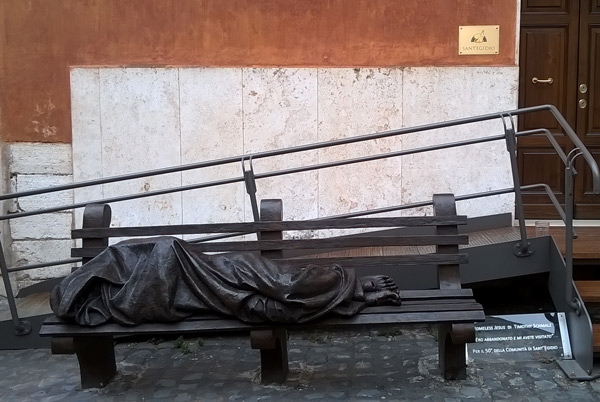 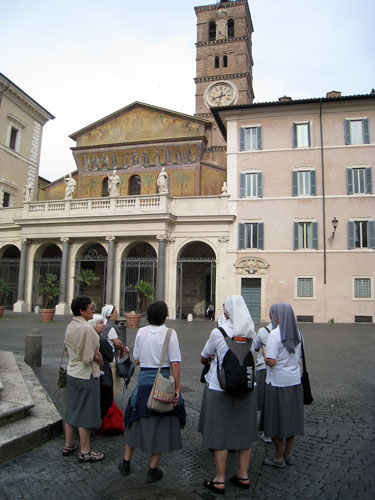 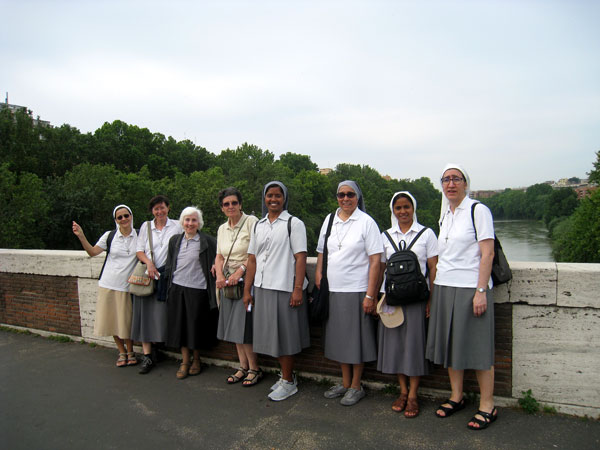 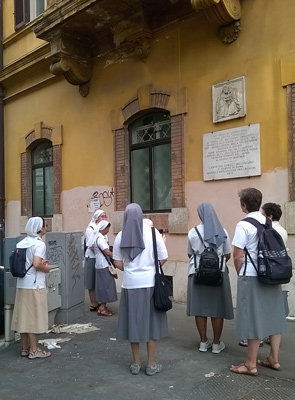 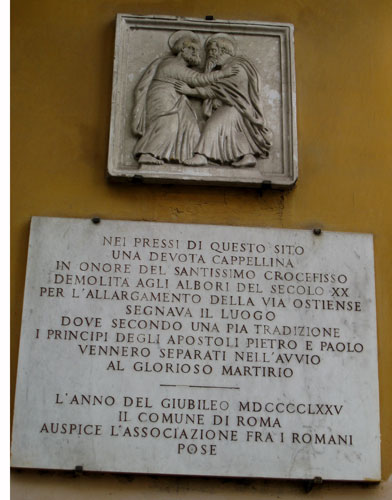 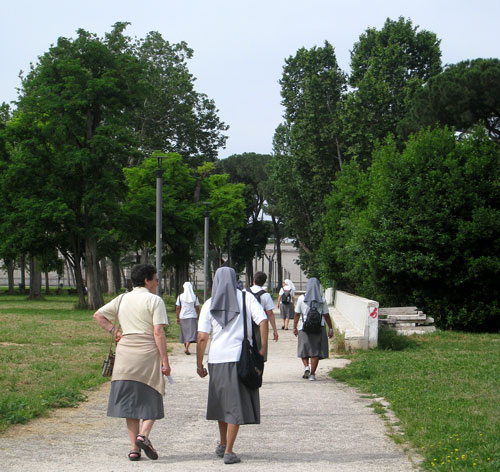 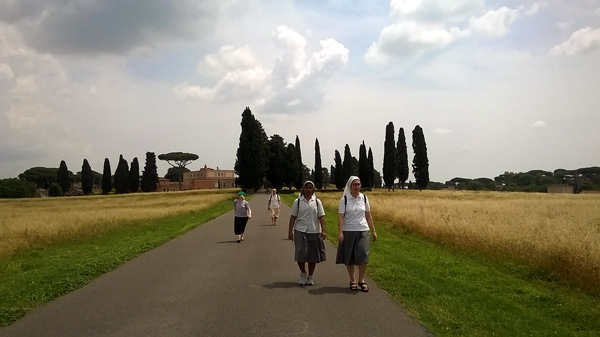 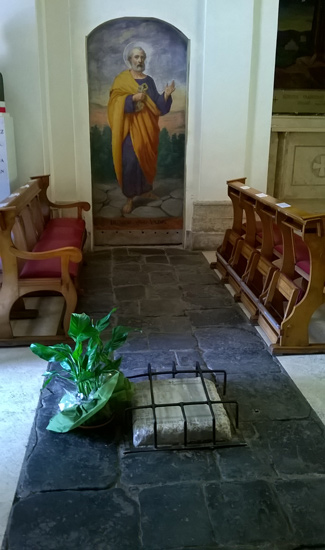 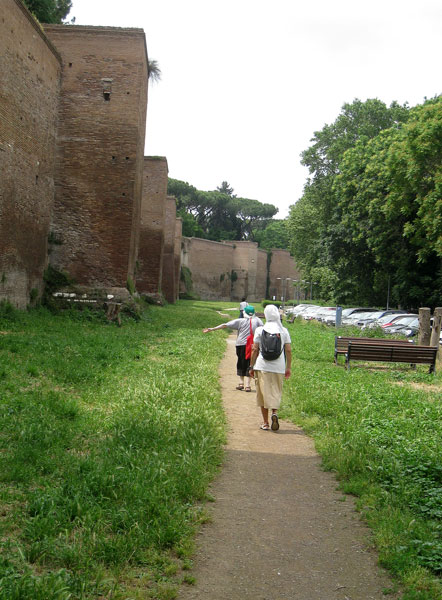 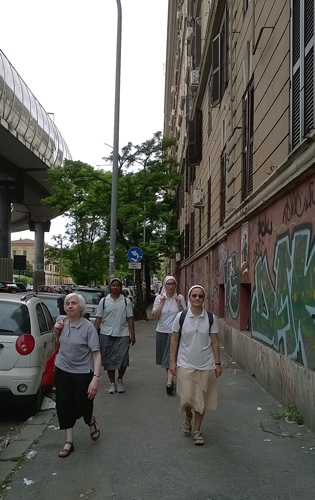 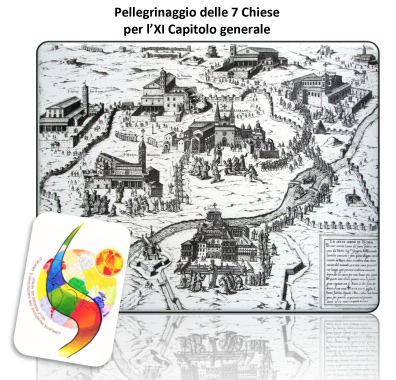 The communities of Rome have welcomed the proposal of the General Direction of praying creatively for the forth-coming General Chapter. With this intention a pilgrimage was organized on 27th May Sunday.

Following the footsteps of the traditional route of the Roman pilgrims,  about 23 km along the “7 Churches” –  the Basilicas of the city, we walked, prayed and offered the pilgrimage for the intentions of the General Chapter,  starting from the Basilica of St. Peter  to the Basilica of St. Paul outside the walls,  where the other sisters of the communities in Rome have reached by car and  joined  us for a moment of prayer and Holy Mass together. Then we continued on our way out of the city towards the catacombs of St. Sebastiano, we followed to the basilica of St. John  in Lateran and to the nearby Basilica of Holy Cross in Jerusalem.  After walking through the solitary paths of the city outskirts towards the basilica of St. Lawrence outside the Walls, we concluded the pilgrimage in the late afternoon in the Basilica of Santa Maria Maggiore, entrusting everything to the protection of Mary, our mother, guide and teacher.

With a little sacrifice and generosity, we prayed for all the MSI’s, the people we meet in our apostolate, the needs of the world and the ‘new poor’. Above all, through the intercession of the saints, we asked the Lord the necessary graces for the General Chapter, so that we may “walk on the ever new paths of the mission, proclaiming the Gospel in the peripheries of today’s world”.