World day of the Poor 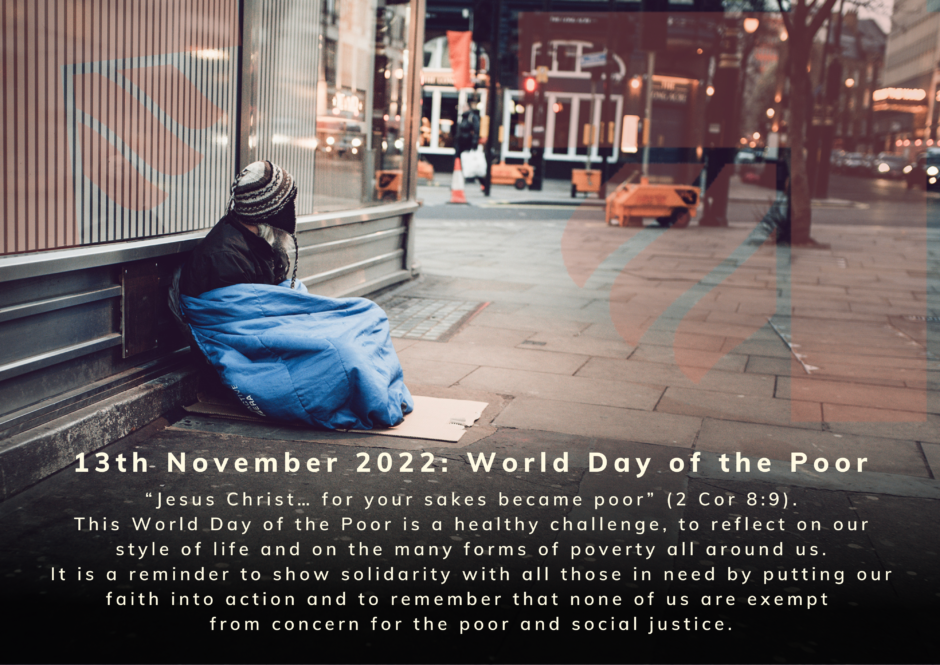 November 13, 2022 is the sixth world day of the poor which, this year, has as its theme the quotation from the second letter to the Corinthians “Jesus Christ made himself poor for you”. This is how Pope Francis introduces his message on the occasion of the day:
“Jesus Christ… for your sakes became poor (cf. 2 Cor 8:9). With these words, the Apostle Paul addresses the first Christians of Corinth in order to encourage their efforts to show solidarity with their brothers and sisters in need. The World Day of the Poor comes this year as a healthy challenge, helping us to reflect on our style of life and on the many forms of poverty all around us”.
The Pontiff continues to trace a scenario of the current world situation. We were rising from the “tempest of the pandemic”, says Pope Francis, but here is the new calamity of the war in Ukraine on the horizon, adding to the already many wars that wound our humanity and universal brotherhood. The message continues: “What great poverty is produced by the senselessness of war! Wherever we look, we can see how violence strikes those who are defenseless and vulnerable. We think of the deportation of thousands of persons, above all young boys and girls, in order to sever their roots and impose on them another identity”.
Further on he exhorts all Christians to question themselves about their attitude towards the poor and to take concrete actions: “Where the poor are concerned, it is not talk that matters; what matters is rolling up our sleeves and putting our faith into practice through a direct involvement, one that cannot be delegated. At times, however, a kind of laxity can creep in and lead to inconsistent behaviour, including indifference about the poor. It also happens that some Christians, out of excessive attachment to money, remain mired in a poor use of their goods and wealth. These situations reveal a weak faith and feeble, myopic hope”.